Talbots, a women’s clothing store, is leaving its location at 307 Broadway, an office, retail and residential complex across from Congress Park. The store will be open until at least April, according to a sales associate, and then will reopen at the Wilton Mall. In 2004, Talbots was one of the first stores to move into Congress Park Centre, a five-story, 200,000 square-foot building occupied primarily by financial adviser The Ayco Co. Talbots occupies 4,600 square feet. 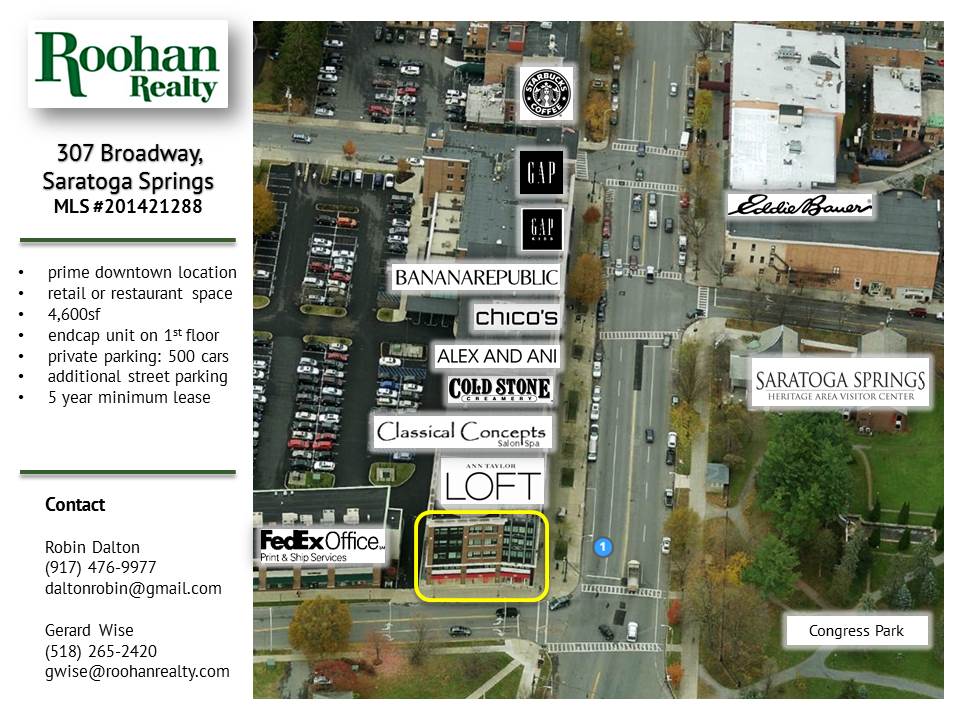 Roohan Realty is marketing the space. Use is restricted to a restaurant or retail store. Five year minimum lease. See the listing here.