Boasting a vibrant mix of businesses ranging from boutiques to breweries, Saratoga’s Broadway has it all. Meet one of downtown’s newest and most interesting tenants: an Emmy award-winning production company. Welcome Green River Pictures.

Their new office is located on the lower level of the Arcade building, where the quiet hallway is subtly interrupted by a large set of windows showcasing rows of golden awards. The windows also double as a peephole into Green River Pictures’ boardroom, where you can see Director Derek Hallquist and his team hard at work on their latest project. Inside, dramatic lighting, brick, and cool textural contrast give the work space energy and intrigue, which are nicely balanced by a warm reception, plush couches, and Mugsy the Puggle, who emerges from Hallquist’s office to happily greet visitors. 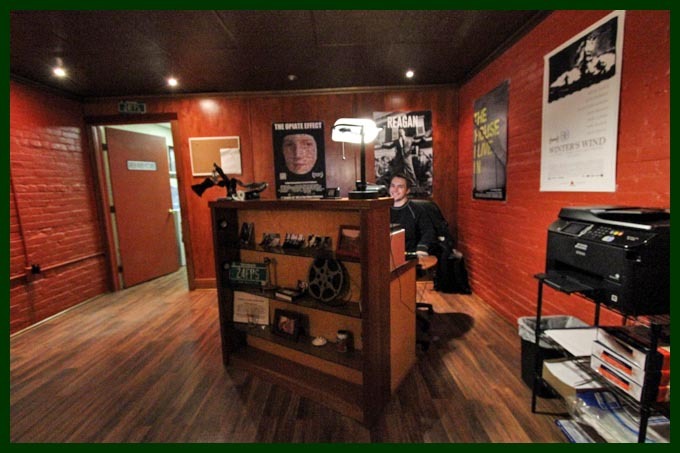 Green River Pictures is named after Vermont’s Green River Reservoir State Park, where Hallquist grew up and was first inspired to pursue his passion for photography and film. The company was founded in Burlington in 2009 to provide camera services for television shows and documentaries, but they’ve expanded their services to include producing commercials and documentaries of their own.

“As a local company, the work we do is always award-winning caliber – nationally and internationally,” says Hallquist. “That Emmy,” he points to one in a row of awards in the window, “was for a commercial we did in the New England region for an educational call to action regarding high school girls and web predators.”

“As a local company, the work we do is always award-winning caliber – nationally and internationally.”

In 2009, GRP relocated to Saratoga County for better access to their growing New York City clientele. The central location means the best of both worlds for Hallquist and other locals: living close enough to enjoy the nation’s largest state park, while maintaining an easy commute to the city.

“It’s a 2.5 hour train ride from Rensselaer train station and parking is $5 a day, so I’ve already had dozens of days where I just get up early, go to New York City, then I can come home and sleep at night. Plus, the horse racing season is incredible.”

They moved into the Arcade Building only a month ago, enlisting the help of Roohan Realty and agent Jason Thomas. “Basically, Jason knew this space would work well for our company because it was done up for a salon, which means it’s all about the lighting – and for us, in photography and the film business, it’s always about the lighting. It was the fastest turnaround on anything I’ve ever done when it comes to real estate or legal matters.”

Derek’s advice to other businesses who are relocating? Know your needs and be consistent.

“If you change your mind, that always causes things to take longer,” he laughs. “Coming from someone who’s making a movie where I keep changing my mind.” 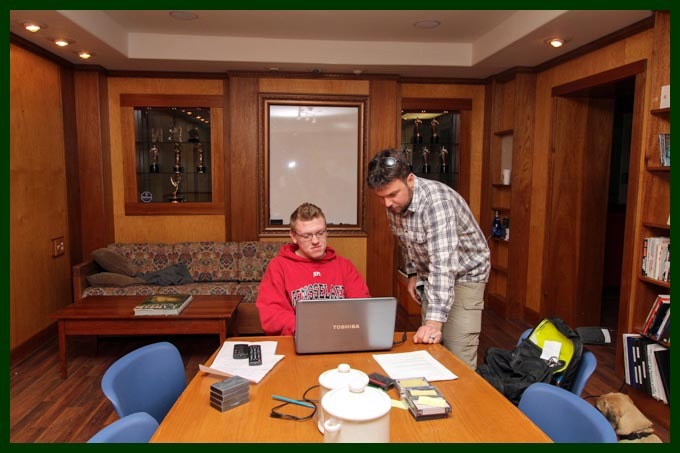 Although the movie, a highly anticipated documentary on energy, will surely prove worth the wait. Green River Pictures is also currently working out contracts with PBS and the UK’s BBC.

Aside from finishing the film, the company continues to produce short commercials for broadcast and the web, plus branding and camera services for clients in New York City, Los Angeles, and the Capital Region.

Business-owners, you can browse all commercial listings on our website. Call (518) 587-4500 for immediate assistance or to schedule a showing.

Eli King is a digital specialist at Roohan Realty in Saratoga Springs. Contact her at elikingrealestate@gmail.com.