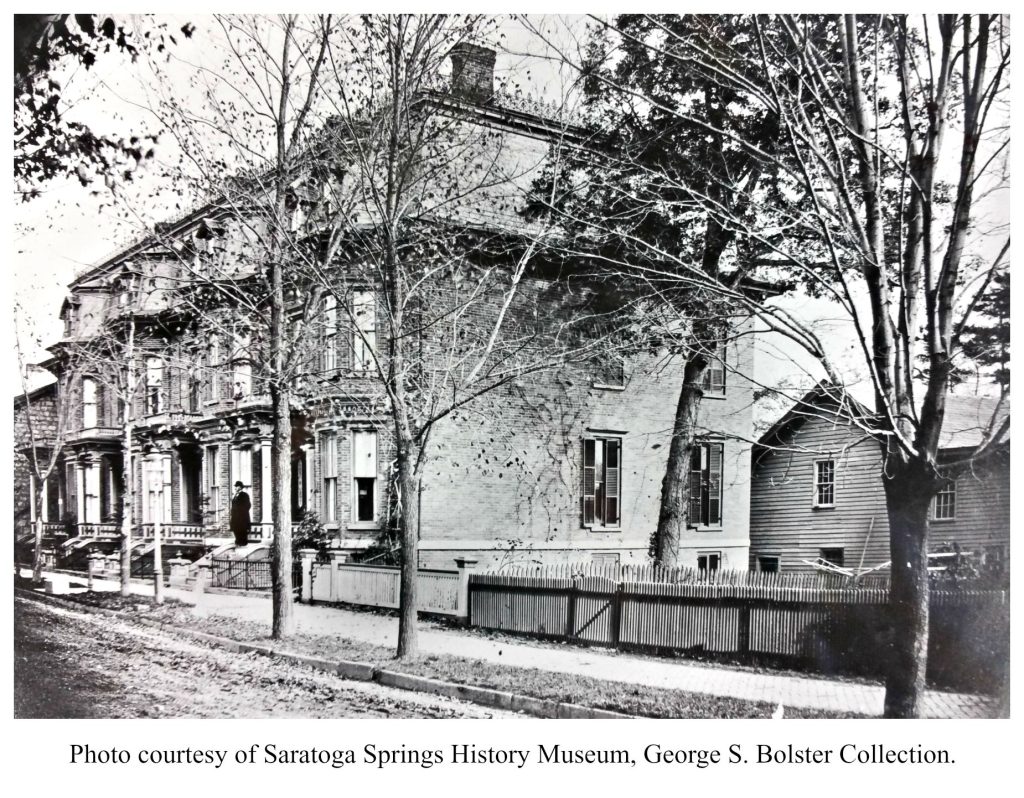 SARATOGA SPRINGS – The historic Woodlawn Avenue row houses that were nearly decimated by fire in 2013 will once again be open for occupancy following the completion of a meticulous restoration by Saratoga Springs developer Bob Israel.

Popularized in France during the reign of Napoleon III, some common characteristics of Second Empire buildings included elevated basements, tall first story windows, and boxy mansard roofs that maximized the living space in attics (which could not be taxed).

Each of the five ornate and highly-functional buildings provided multiple dwellings that would become home to a myriad of local residents over the course of  the next 140 years. At the turn of the century, a barber, telegrapher, and dressmaker resided there as neighbors. By 1925, Woodlawn housed engineers, electricians, mechanics, a Buick salesman, a travel agent, and employees of Skidmore College and General Electric. The Woodlawn Avenue row houses bore witness to living history on both sides of their brick walls – a history which nearly came to an end in 2013 after an abrupt and fast-moving structural fire broke out in the buildings’ rear quarters.

Brett Carpenter and Captain Bob Murphy of the Saratoga Springs Fire Department were among the first to arrive at the scene. Murphy recalls observing the exterior of the building and realizing a collapse was imminent. He quickly ordered the crews, who were inside the burning buildings at the time (including Carpenter and his partner), to evacuate. Minutes later, the interior of two of the buildings collapsed.

“It was the worst fire of my career,” Carpenter said.

The quick response of tenants and approximately 100 firefighters ensured there were no serious injuries or loss of life, but the buildings suffered extensive damage. After raging for over five hours, the blaze left little more than the front facade of the buildings fully intact. Charred structural remains haunted the Woodlawn Avenue streetscape for months – a chilling reminder of both the fragility of the present and the incomparable importance of preservation.

Although the Woodlawn Avenue fire (now recognized as the city’s worst in 30 years) delivered a devastating blow to what is now the North Broadway historic district, owner Bob Israel was uniquely suited to take on the challenge of salvaging what remained. With over 35 years of experience, Israel has restored a number of historic buildings in Saratoga Springs, notably in Franklin Square. 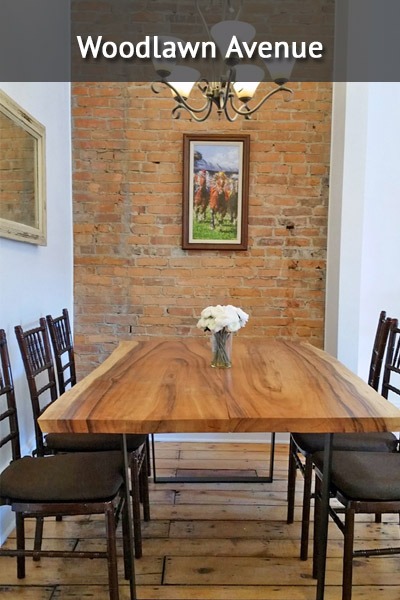 “It’s my passion,” said Israel of his restorative work. “Any worthy historic building in Saratoga is salvageable. This one almost burned to the ground and we were able to salvage it.”

After two years of reconstruction, the Woodlawn Avenue row houses have endured yet another transformation – one that is concluding as residents welcome the city of Saratoga Springs’ Centennial celebration. To pay homage to the row houses’ past, present, and future, a special Open House event will be held on Saturday, August 15 with presentations by Bob Israel and architectural historian James Kettlewell. Proceeds will benefit the Saratoga Springs Preservation Foundation. For reservations, call (518) 587-5030 or email ntotaro@saratogapreservation.org.

The new Woodlawn Avenue row houses, 13 luxury apartments, will begin leasing this September. Each unit has a distinct floorplan and was designed to combine the beauty of original detail with the quality and safety of modern construction. Some of the buildings’ many amenities will include: atriums, rooftop decks, granite, top-quality appliances, and original antique moldings and doors. For pricing and availability, contact Oliver Aldrich of Roohan Realty: (518) 421-2502 or oaldrich@roohanrealty.com.