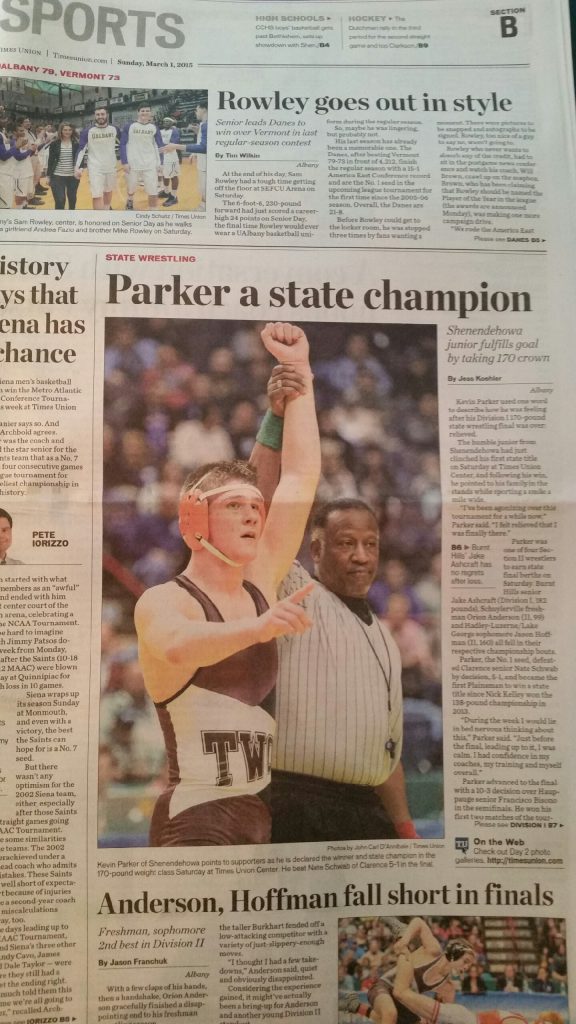 Clifton Park, NY – Shenendehowa senior Kevin Parker was recently named the Most Outstanding Wrestler at the Teike/Bernabi Invitational in Spencerport.

And with Division I recruiters in hot pursuit, he’s following a very similar path first walked by his brother Greg Parker 15 years ago at Shen.

Big brother would twice earn All American at Princeton, while also twice being named Academic All American.

Those are very big wrestling shoes.  And Kevin seems up to the task. 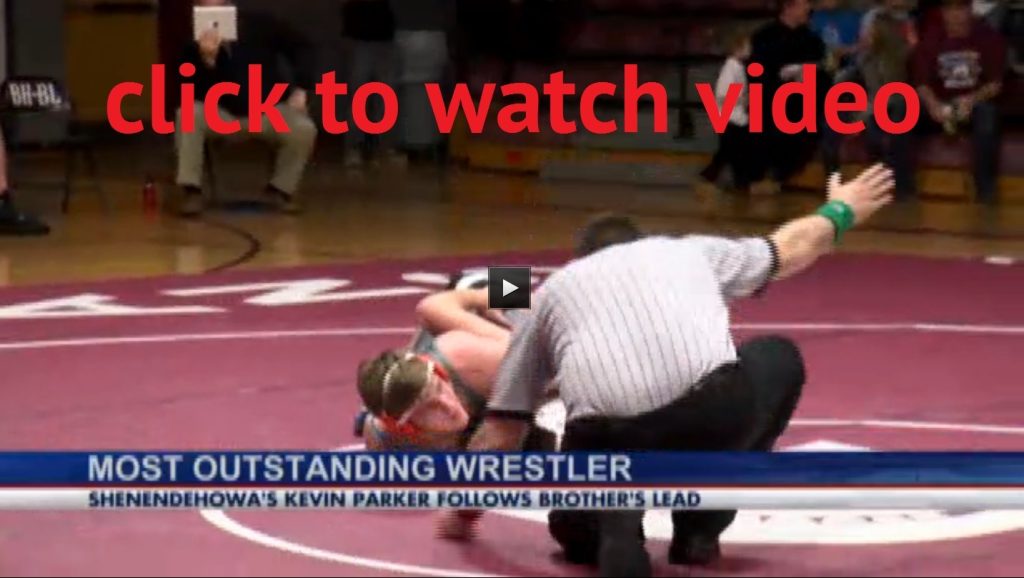 We commend these scholar athletes for their hard work, and congratulations to proud aunt & uncle Meg & Jack Minehan!