The results of our intra office weight loss challenge for Health and Wellness month are in! As a quick recap, we designated four captains, who drafted their teams at the beginning of September:

We all had our starting weights logged by the lovely (and very discreet) Cindy Manz, and weighed in again at the end of Health and Wellness month to see which team tallied the highest percentage of weight lost. The results:

Overall, we lost a total of 265 lbs across all four teams! To help illustrate the impressive poundage lost, we worked with Sunnyside Gardens to secure 265 lbs of pumpkins for this photo. 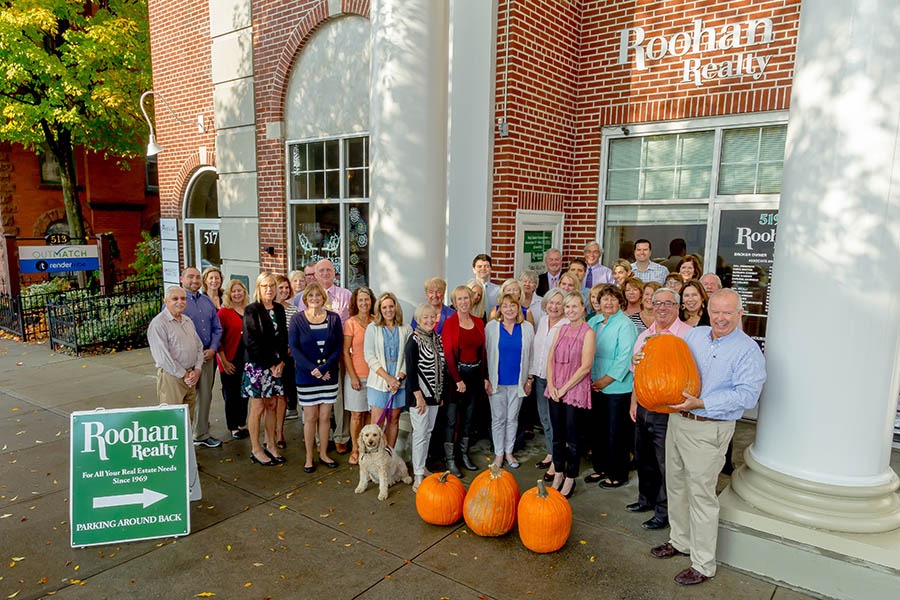 Roohan Realty poses with 256 pounds worth of pumpkins… the amount we lost collectively during our Health and Wellness month weight oss challenge! (October 2016)

We’re stepping it up this fall by designating September as Health and Wellness month! All month long our office will be focusing on active lifestyles, hosting wellness speakers, inviting Guest Chefs to serve up deliciously healthy dishes, and of course, engaging in a little intra-office competition.

We kicked everything off this morning with our first Guest Chef, Chad Beatty (Owner of Saratoga Publishing), who treated our team of over 50 to his “Beatty’s Better Body Berry Blasting Fruit Smoothies:” 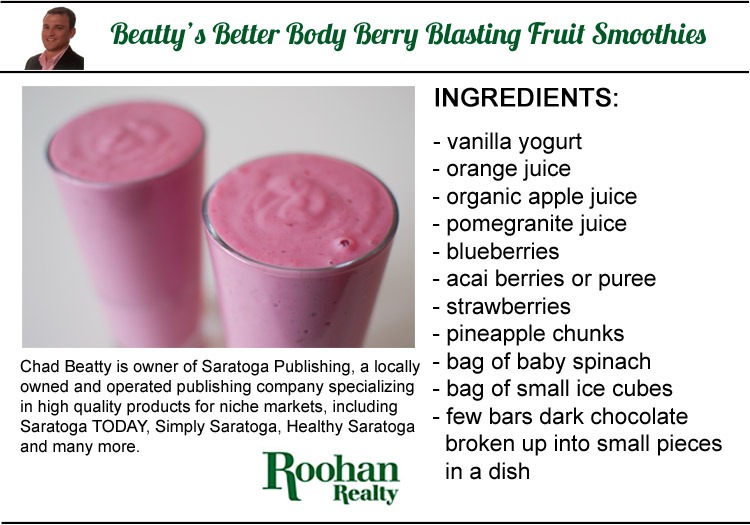 We’ve done Roohan Realty weight loss challenges here before, but are switching it up in September by splitting into teams who were drafted this morning by four designated captains: Jack Minehan, Amy Sutton, Gail Anderson, and Chris Benton. This challenge actually started about a week ago when the team captains were chosen and an informal “bulking period” was declared for the rest of us to get our weights up before draft day (today). After teams were picked, we each had our starting weights recorded (by the very discreet Cindy Manz!) and will be competing for the month of September to see which team can lose the largest combined percentage of body weight.

And the teams are…

Strategies so far have included group walks, pilates classes, taunting other teams with doughnuts, and wine-protein diets. To health! 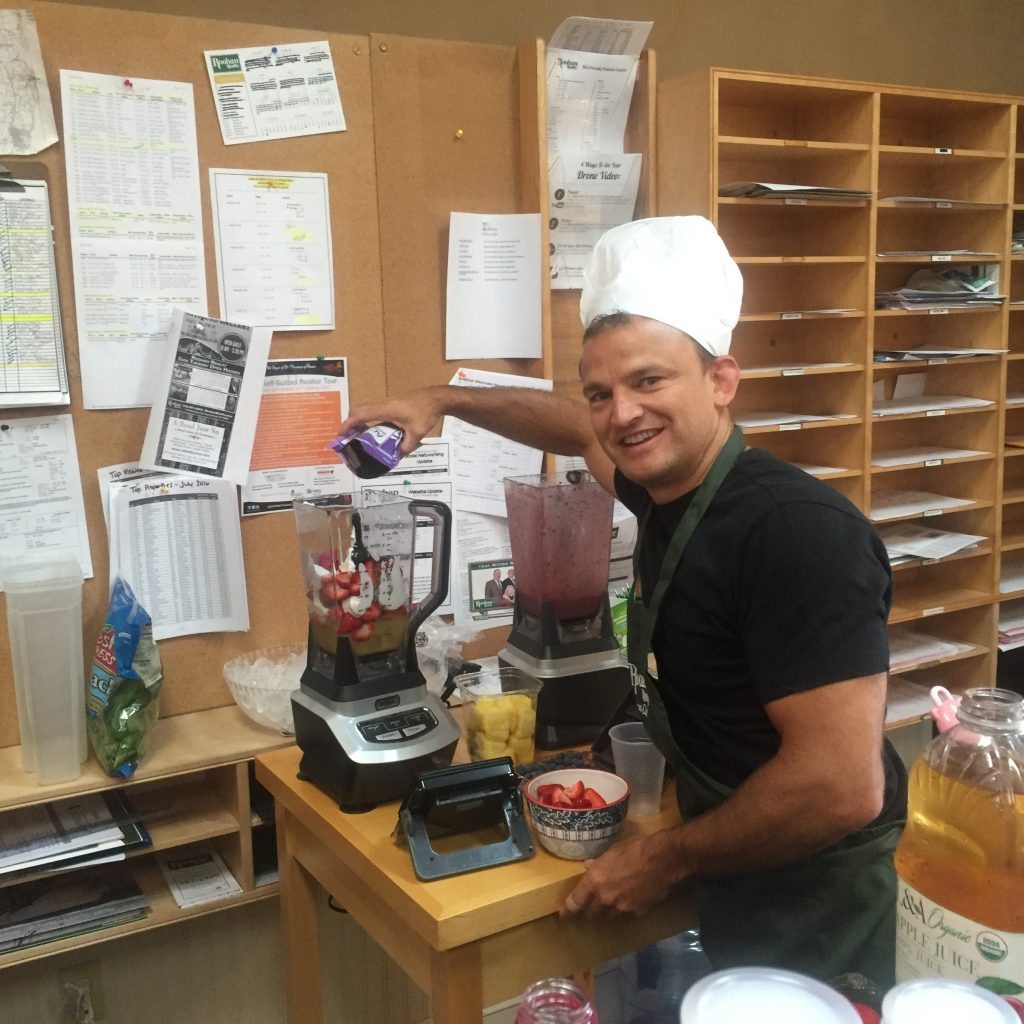 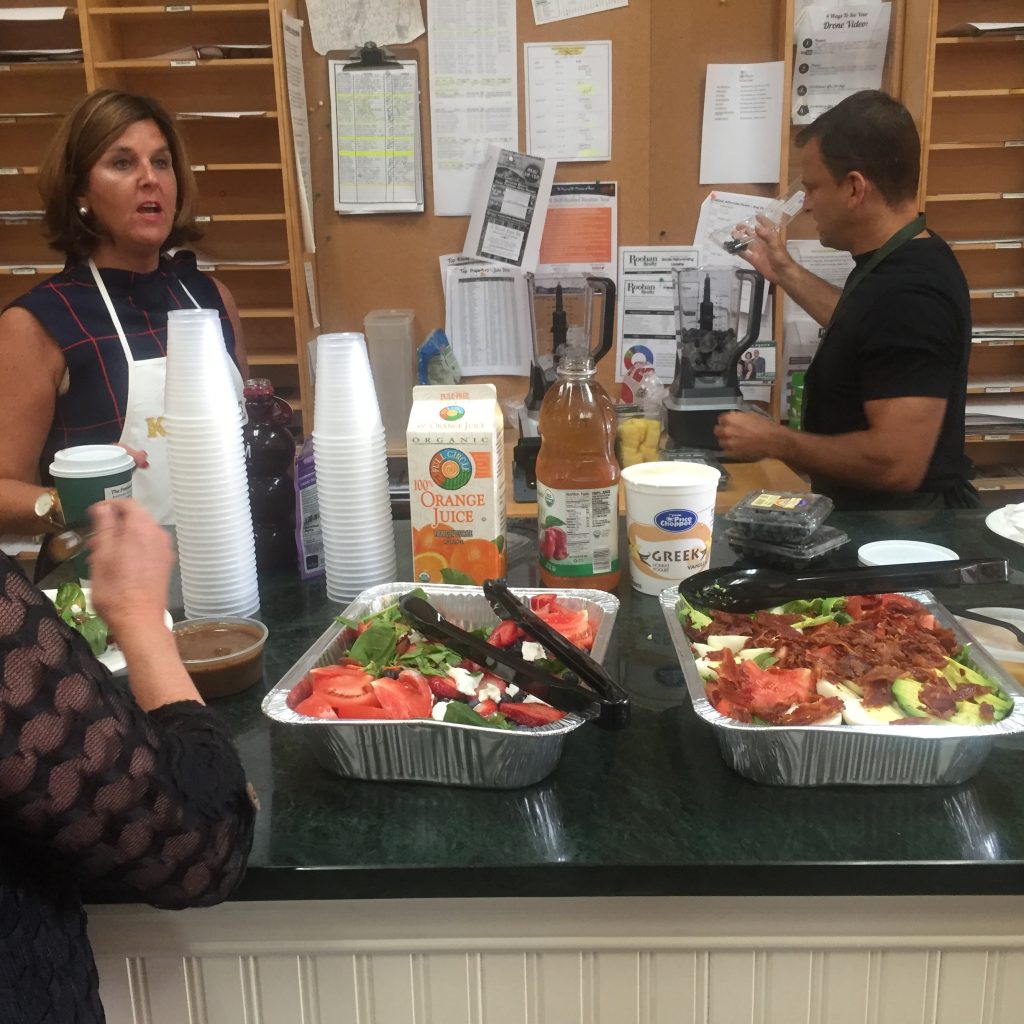 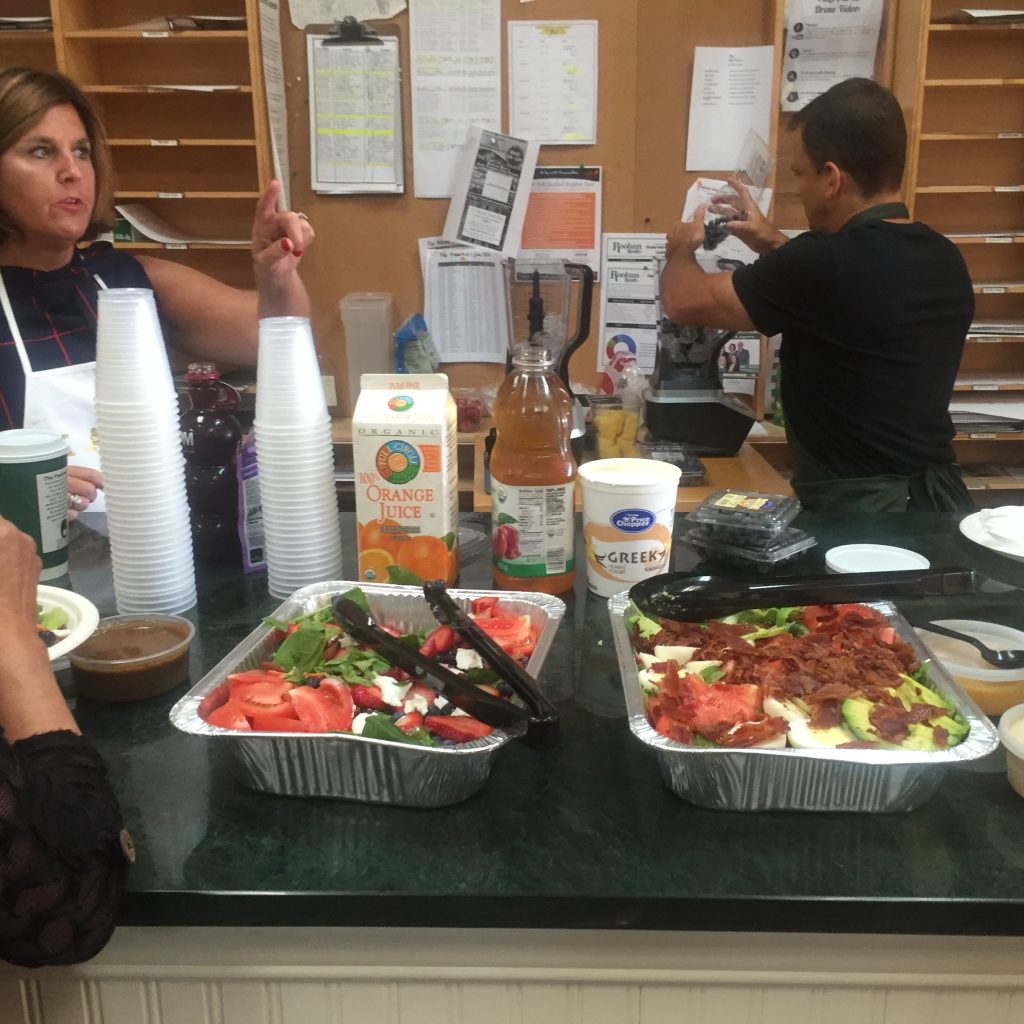 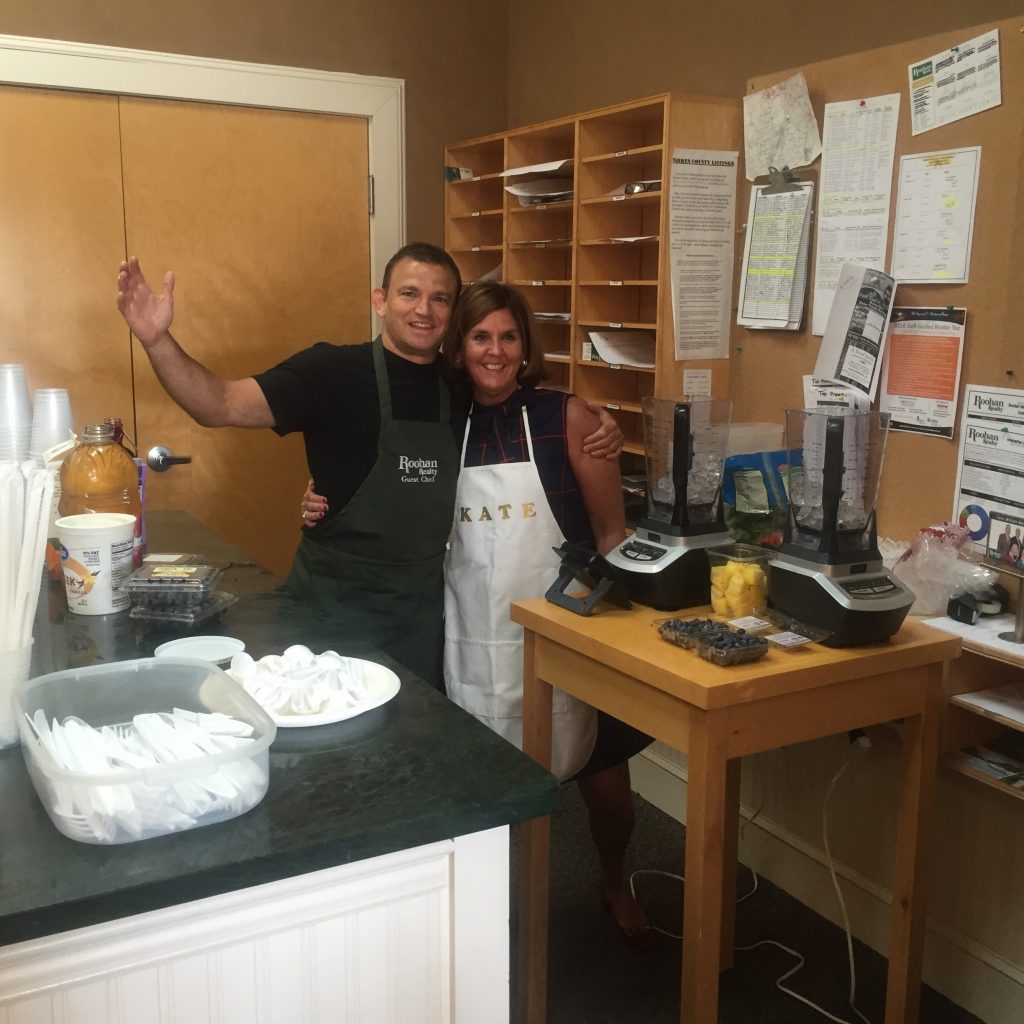 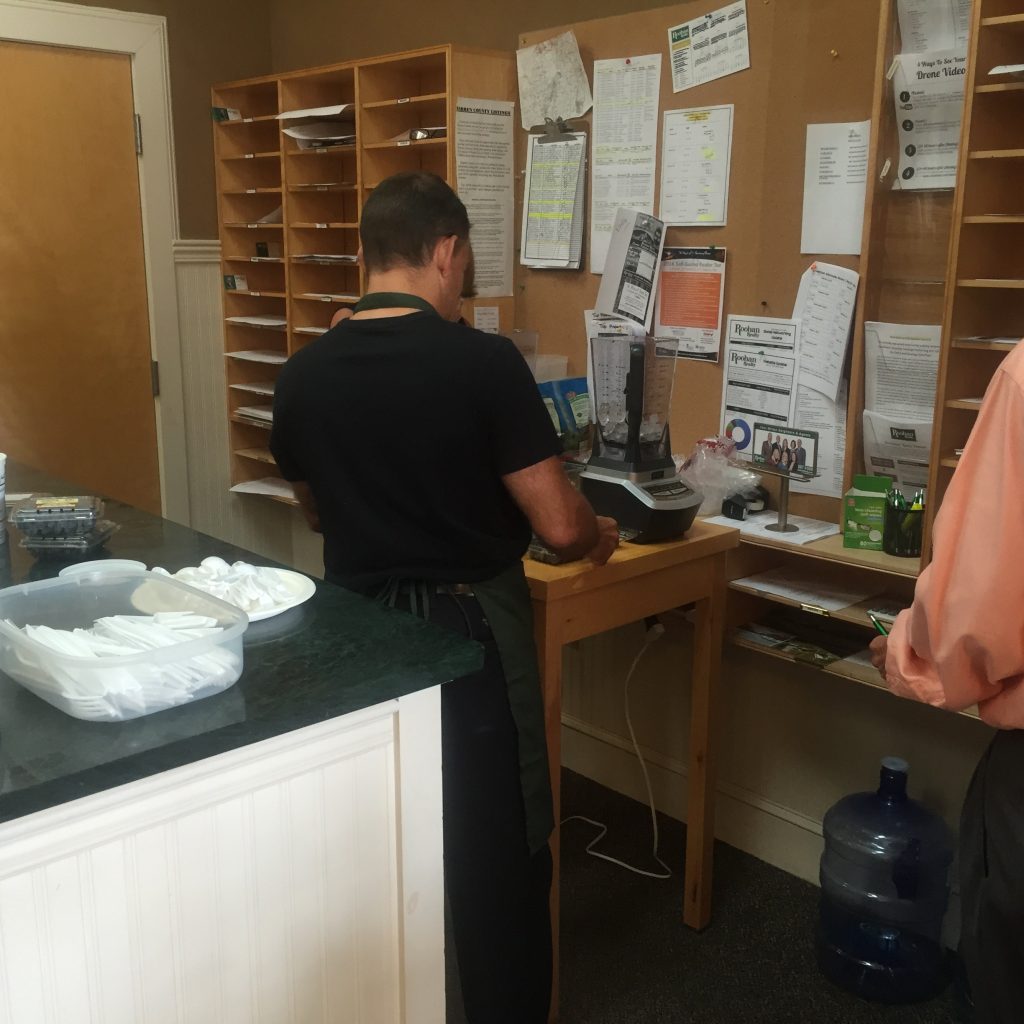 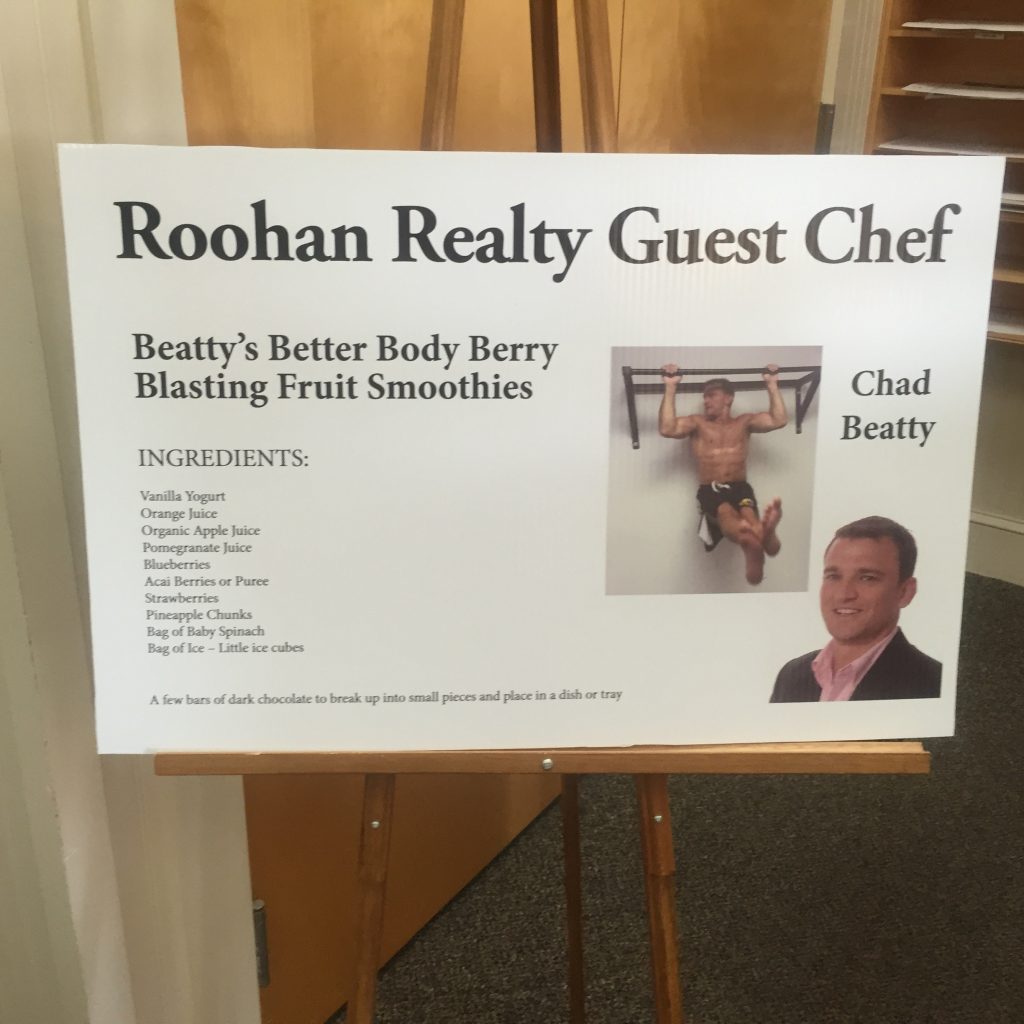