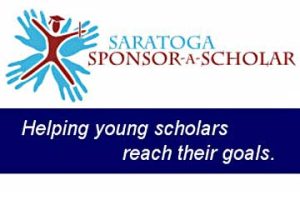 SSAS is a nonprofit corporation that assists academically capable, but financially disadvantaged students to excel in high school and attend college. The organization was founded in 2009 and is a collaborative effort by local residents, Skidmore College, the Saratoga Springs High School and the Saratoga Mentoring Program. SSAS selects 10 financially disadvantaged Sophomores each year and dedicates up to $10,000 to each scholar’s enrichment: 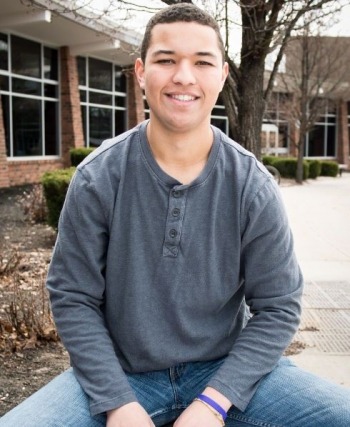 Saratoga Sponsor A Scholar senior, Davawn Hartz has a very tough decision to make this year. He applied to six colleges, (Columbia University, Cornell University, New York University, Swartmore College, Syracuse University and Williams College) and was accepted by every single school – two of which are Ivy League schools. View article on SaratogaTodayNewspaper.com

“The SSAS program works” says Jim LaVigne, volunteer Executive Director, “It makes a tremendous difference in these young people achieving their dream of attending college.” All 36 of graduating SSAS seniors over the past 4 years were accepted to college.

Bowling will be followed at 7:00 PM by the Gutterball Bash, featuring music by Freeplay, food from Hattie’s, cash bar and silent auction. Tickets are $75 with all proceeds benefiting SSAS.

The bowling facilities are generously donated by Saratoga Strike Zone as is the food for the Gutterball Bash by Hattie’s. Media sponsorships, which recognize the major donors and promote the event, are Look TV, Star 101.3 FM and Saratoga Today. All overhead costs are covered by SSAS board members allowing the proceeds from the bowling, Gutterball Bash and the event sponsors to be dedicated 100% to the students.

JOIN US SATURDAY NIGHT MAY 9TH!

Tamara Valentine has been on the Roohan Realty Residential sales team as a licensed associate broker for over a decade, wrapping up 2014 in the Roohan Realty “Top 10” (again). She has been a volunteer with SSAS since 2008 and has even convinced her husband to be a mentor to several of the boys enrolled in the program. Tamara feels this program empowers these students to do good, be good and pay it forward.