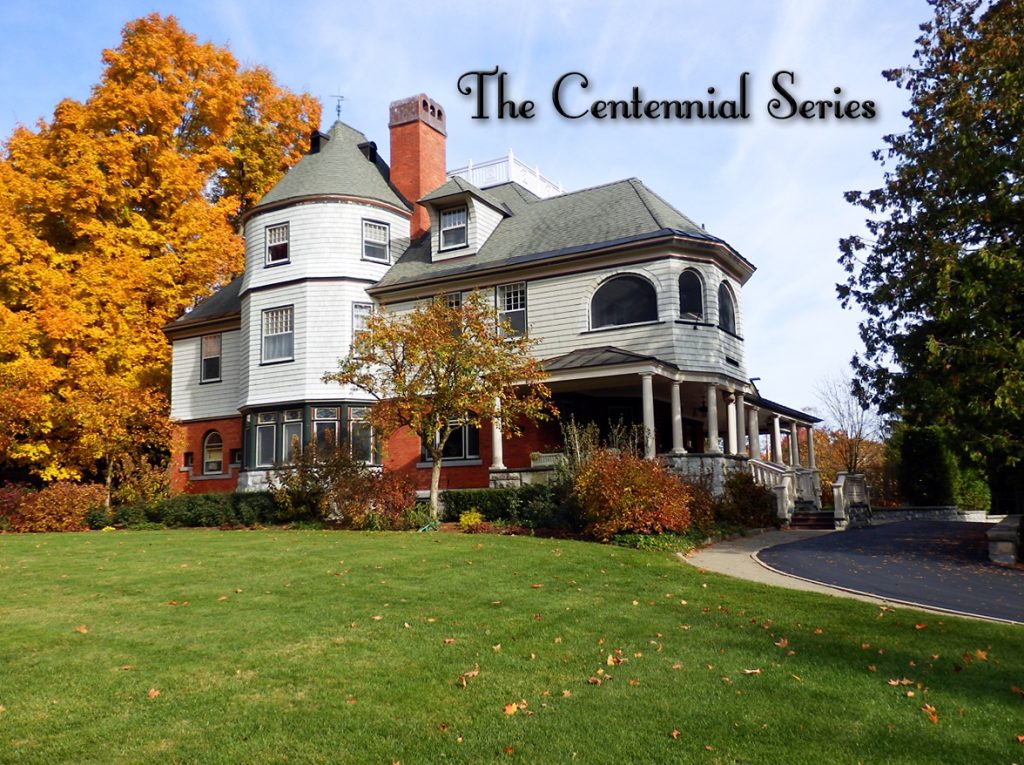 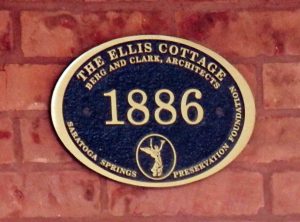 History of 720 North Broadway – The home was built in 1886 for William D. Ellis, president of the Schenectady Locomotive Works and the Ellis Steamship Line. The Ellis family were summer cottagers to Saratoga. This Queen Anne cottage was designed by architects Charles Berg and Edward Clark, who also served as architects for the US Capitol from 1865 -1902. Ellis Hospital in Schenectady was beneficiary to William Ellis’ philanthropic generosity.

The property remained under ownership of descendants of the Ellis family, the last being Dr. George D. Cochran. Upon his death in 1936, his estate left $20,000 to his Alma mater, Union College, and $10,000 to Skidmore College, who named the Cochran swimming pool in his memory in the new gymnasium built in 1937 on Regent Street.

During the ownership of the Reed family, in 1981 this home was used in the production of the film Ghost Story.

The horseshoe driveway is most inviting to this 2 ½ story cottage. The lower half of the exterior is made of brick and stone, and the upper half of wood shingle. It is topped with a widow’s walk. Public records list 720 North Broadway as having 6 bedrooms, 5 ½ baths, 7 fireplaces, an attached garage (added in 2003), and a pool (added in 2005). 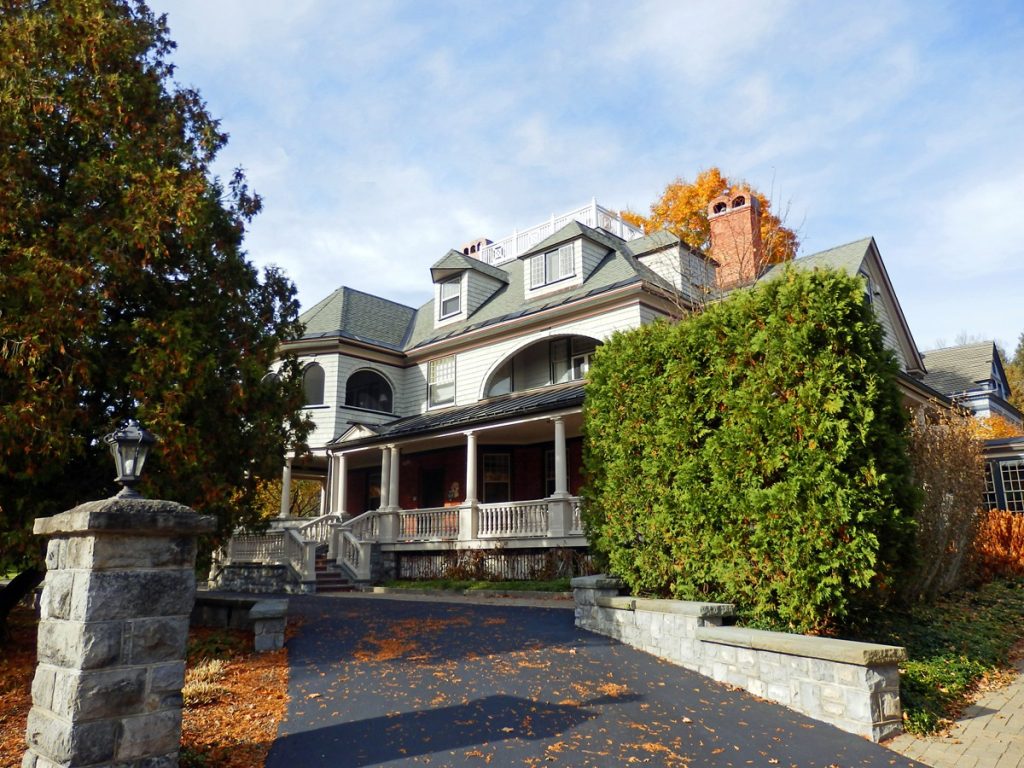 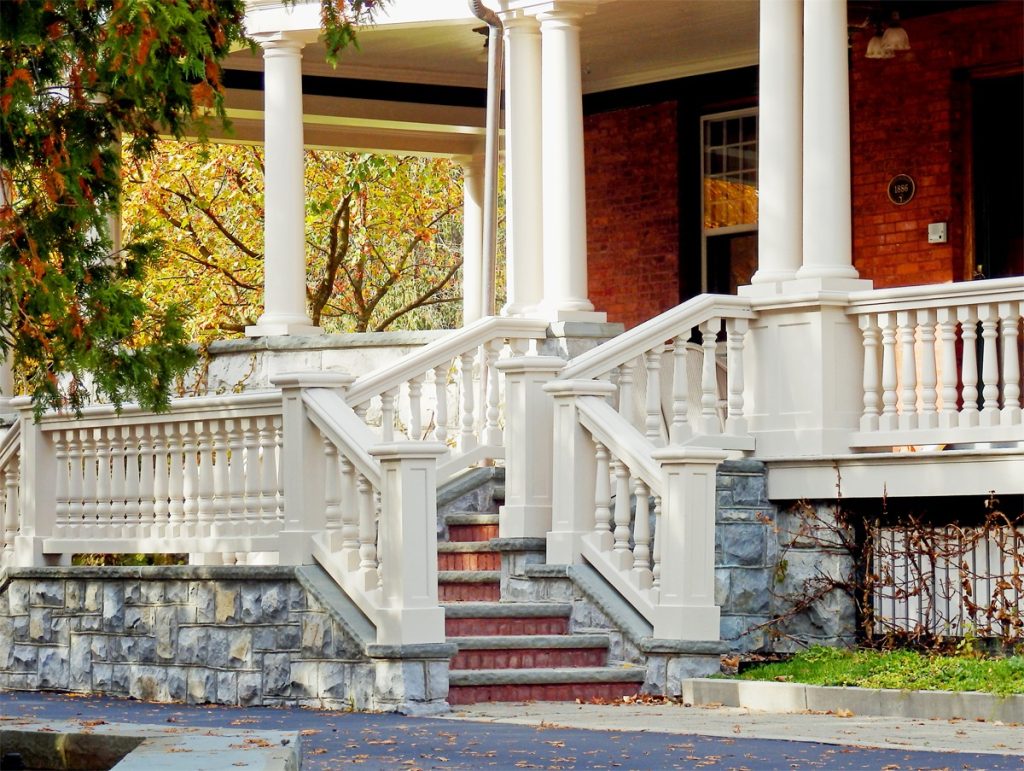 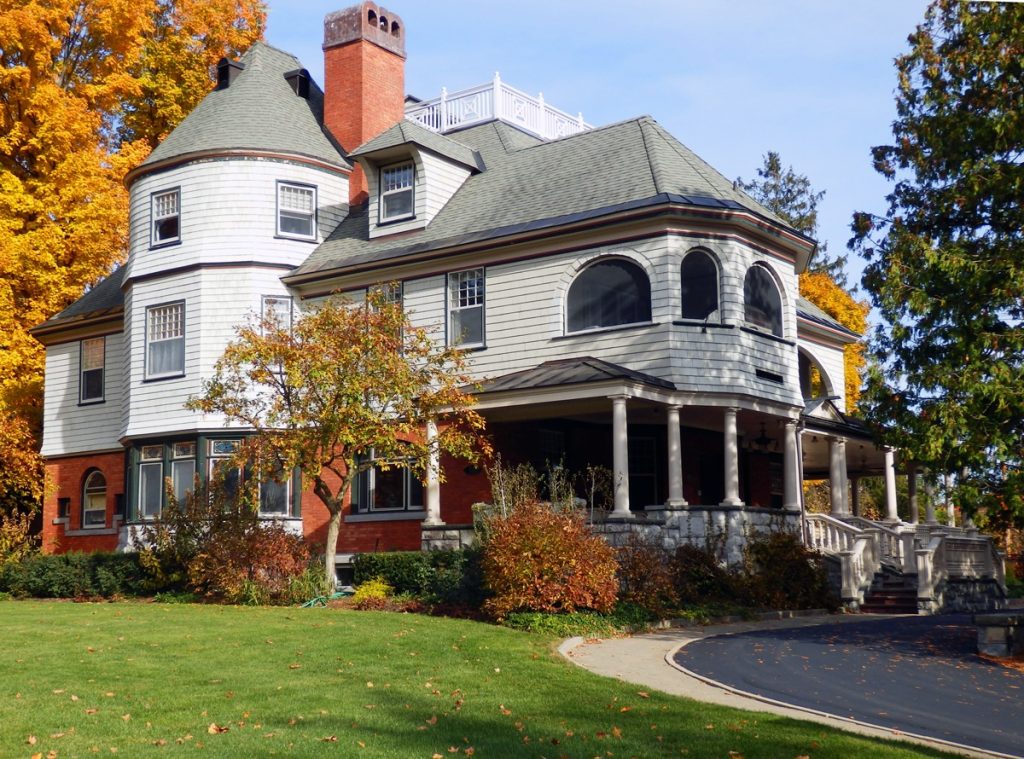