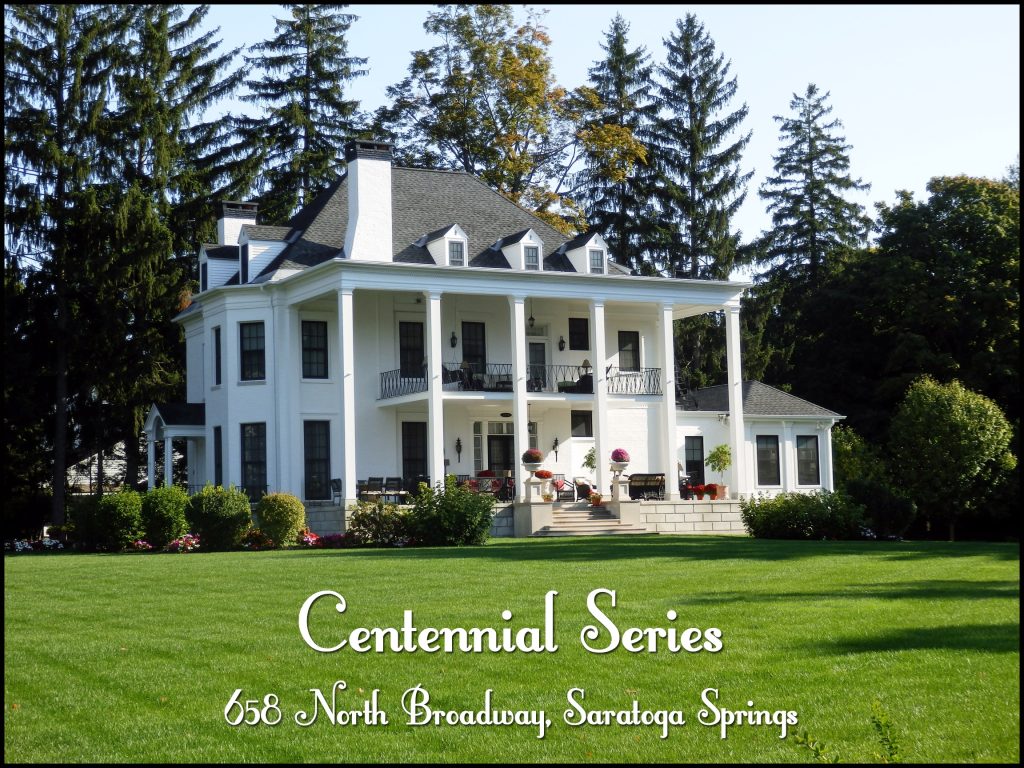 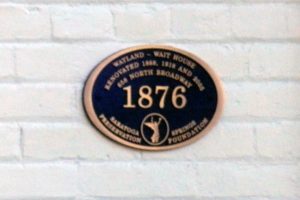 History of 658 North Broadway – 658 North Broadway is rich in Saratoga history. The original owner was Mary Young Beach Burr Wayland. Three times widowed by age 47, and after Rev. John Wayland’s death in 1863, Mary operated this property as a rooming house in the 1870s and 1880s. Mary demolished the original house and built what currently stands in 1876. Mary‘s daughter, Katherine Beach Ehninger, was the wife of John W. Ehninger, a famous artist and illustrator who designed the official seal of the City of Saratoga Springs. The seal is displayed on all City stationery, on the patches worn by the members of the Public Safety Department, and on a mural in the City Council chambers in City Hall. After Mary’s death in 1887, Katherine sold to house to Eugene O’Connor who made some major renovations. From 1909 – 1918, this beautiful home was vacant. 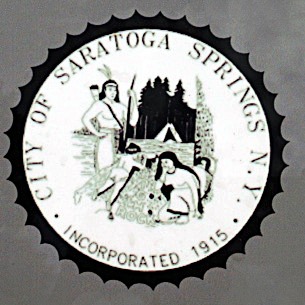 In 1918, the home was purchased by Charles and Alice C. VanDeusen. Mr. VanDeusen owned a grocery store at 420-422 Broadway, and was President of the Adirondack Trust Company at time of his death in 1938. It was the VanDeusens who did extensive renovations including enlarging the parlor and sitting rooms into one room, remodeling the kitchen and third floor. They removed the front porch and built the 2 story Colonial Revival porch on the south side of the house.

His obituary stated, “He directed the bank with such foresight and conservatism that, in the trying days following the Wall Street collapse of 1929, there was never a question about the stability of the Trust Company.” Alice remained in the home until her death in 1947, at which time the property was willed to Newman E. Wait, who served as Vice President of the Trust Company under Charles Van Deusen, and President in 1937.

In 1948, Newman Wait sold the property to Willard and Madeline Grande. Willard Grande was a local builder and developer, whose business expanded to include his son Jim and the business became WJ Grande and Son, Inc. 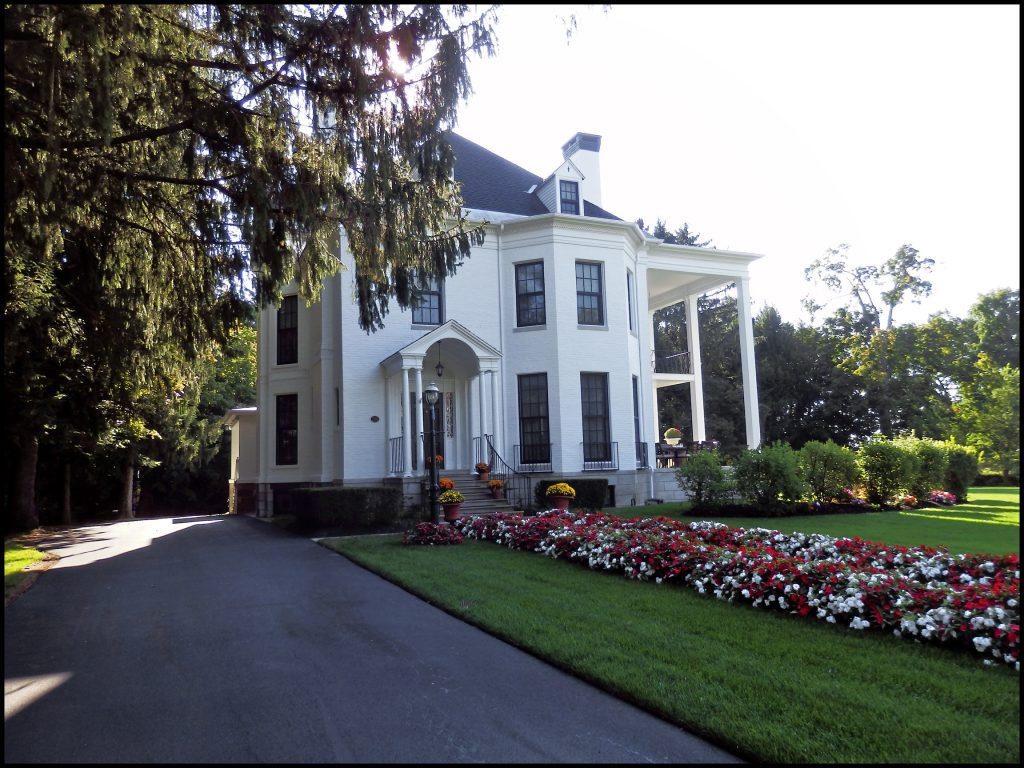