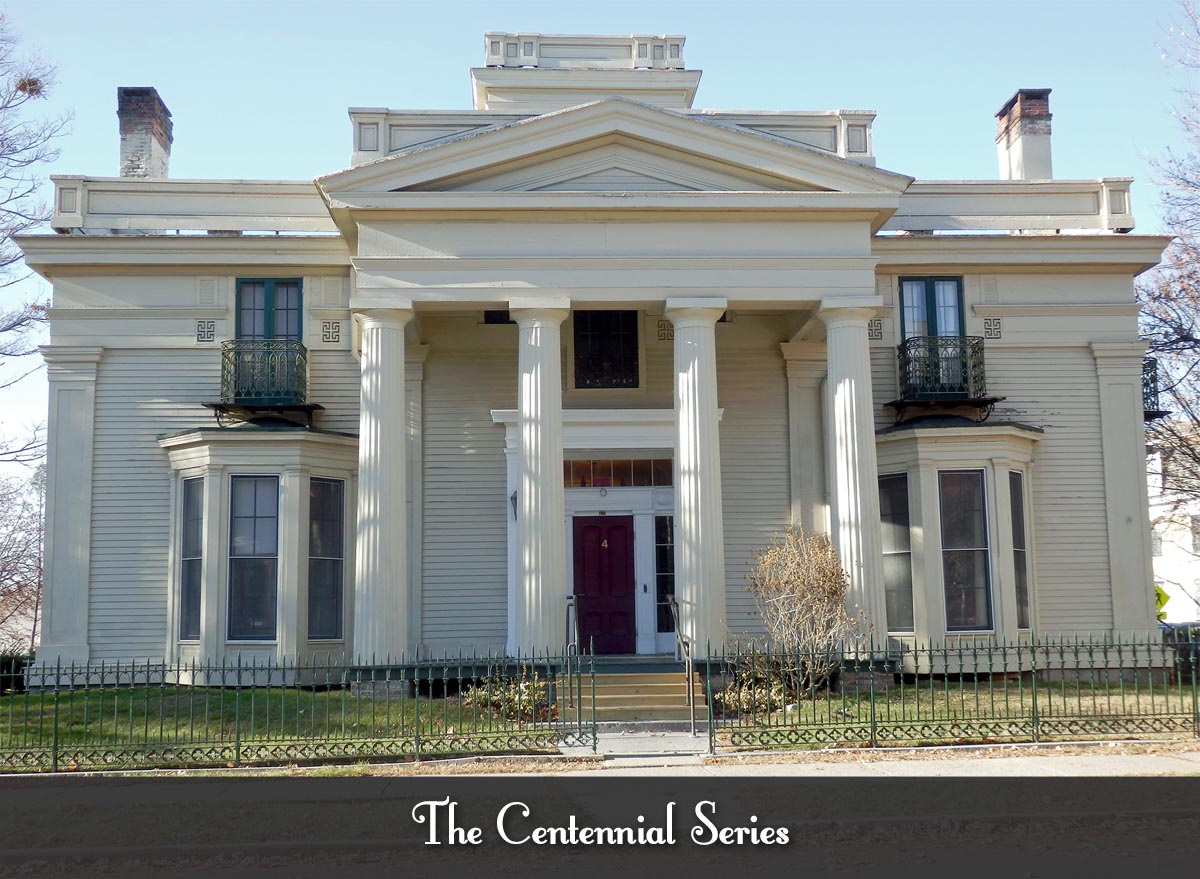 Thomas Marvin was born in 1803, the year Thomas Jefferson was President. Marvin was a lawyer, a judge, a village trustee, a county supervisor, elected to the State Assembly, and postmaster. After Thomas’ death in 1852, the family remained in residence at 4 Franklin Square. Marvin’s daughter, Mary Louise, married William Sackett, who was a member of Congress and a retired lawyer. William Sackett died in 1895 and Mary resided in the family home until her death in 1926.

Mary Sackett’s estate was worth more than $500,000, and the executor of the estate was Hiram C. Todd. Todd was to receive the Sackett residence (valued at $30,000), and $50,000 in money, $1,000 single payment and ½ of the residue according the estate documents filed with the County Court. A $10,000 bequest was left to build the entrance to Greenridge Cemetery which was completed in 1927 and is called the Sackett Gate.

Todd and his family resided there until the 1940s. Todd was appointed US District Attorney and was a renowned prosecutor. In his later years, Todd was a partner the law firm of Baldwin Todd in New York City, a firm where Richard Nixon once worked.

This classic Greek Revival has over 10,000 square feet, and was converted into 14 apartments in the 1950s. Added to the National Register of Historic Places in 1972, wrought iron balconies still remain on the facade, and massive 2 story pillars make an inviting entry to this mixed use building today. 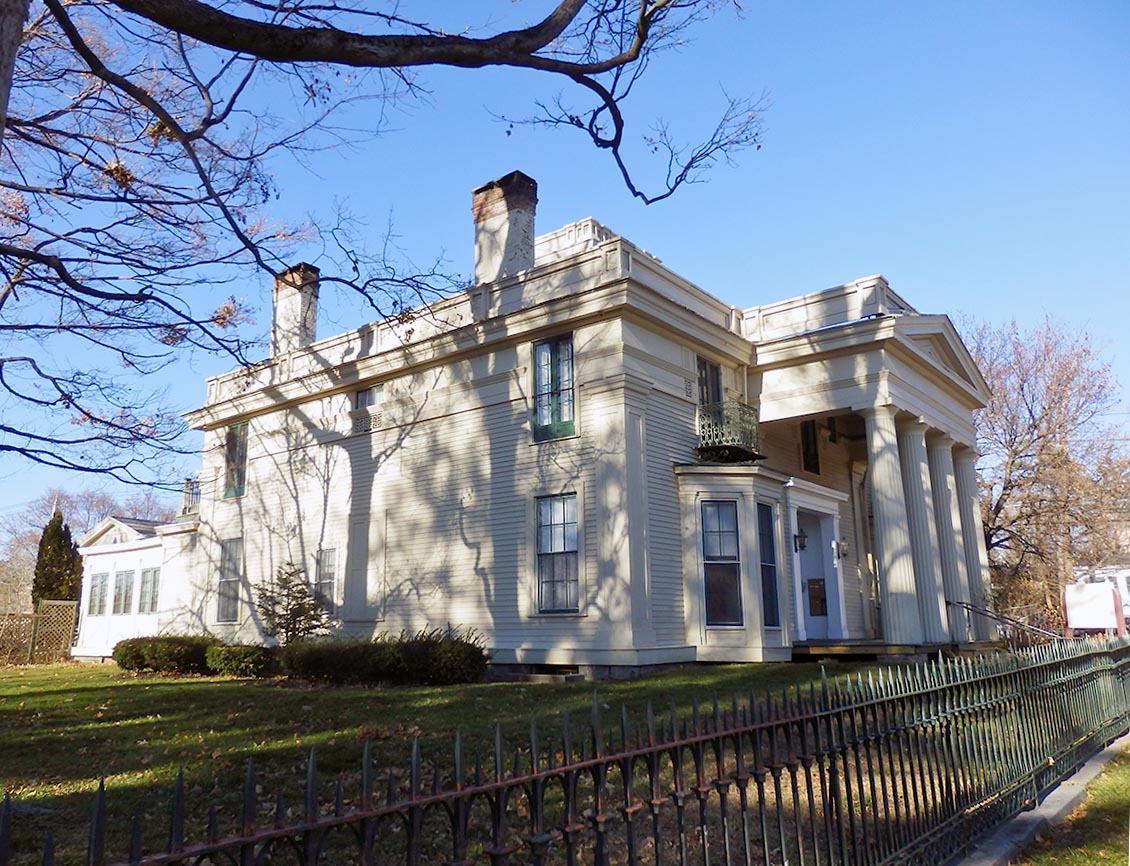 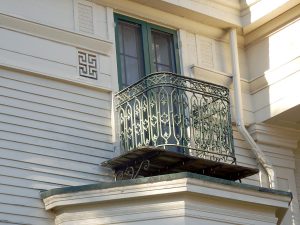 History of 3 Franklin Square – James Marvin was born in 1809, the year James Monroe was president. Marvin was a county legislature, elected to the State Assembly, elected to Congress and served during the Civil War (1862-1868), was commissioner of the village water works and proprietor of the United States Hotel. He resided at 3 Franklin Square until his death in 1901. His daughters continued ownership until nearly 1920.

Multiple apartments were added in the 1920s, then in 1945, it was purchased by Frank and Elizabeth Simone, who operated Simone’s Funeral Home there for over 5 decades. The Greek Revival has 2 story columns in the front, the enclosed porch on the second floor was added late 19th century. Today it is a mixed use building.

Historic Franklin Square has a long rich history for the Village and City of Saratoga Springs. The Marvin brothers were instrumental with the groundwork for the formation of our City in 1915. 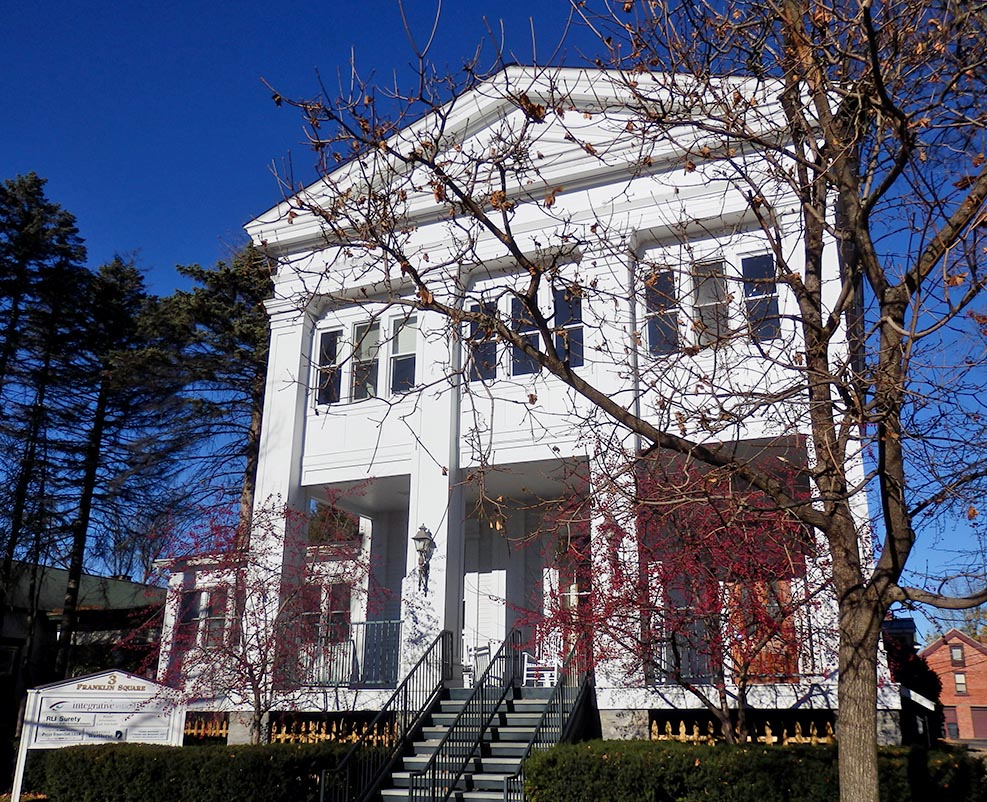