April 11, 2017 marks the 100th Anniversary of the New York State Police. The origins of this organization are the result of two strong willed women, with diligent determination to insure the safety of rural areas in the State of New York.

It all began in 1913 in Bedford, New York. Moyca Newell was building her home in rural Westchester County, when her construction foreman, Sam Howell, was shot in a robbery while delivering payroll to his workers. Before he died he was able to identify his attackers as men who were recently fired.

Shocked at the lack of cooperation from other police agencies in organizing a search for the suspects, Moyca Newell and her companion, Katherine Mayo, took action themselves by combing the woods near the home. The culprits were never found, but the dismayed Mayo and Newell started an intense campaign to insure the safety for people who lived in rural areas not protected by local town police agencies.

Katherine Mayo was an author, and wrote the book Justice for All, outlining the Pennsylvania State Police system – which was the only one in the country.

Together, Katherine Mayo and Moyca Newell began the campaign to the New York State Legislature to form the Department of State Police. Newell campaigned throughout the state at her own expense, and the Wells-Mills Bill marginally passed in March of 1917, allowing Governor Whitman to sign the bill on April 11, 1917. The enactment of this law still holds true today:

“It shall be the duty of the State Police to prevent and detect crime and apprehend criminals. They shall be subject to the call of the Governor and empowered to cooperate with other Departments of the State or with local authorities.”  source 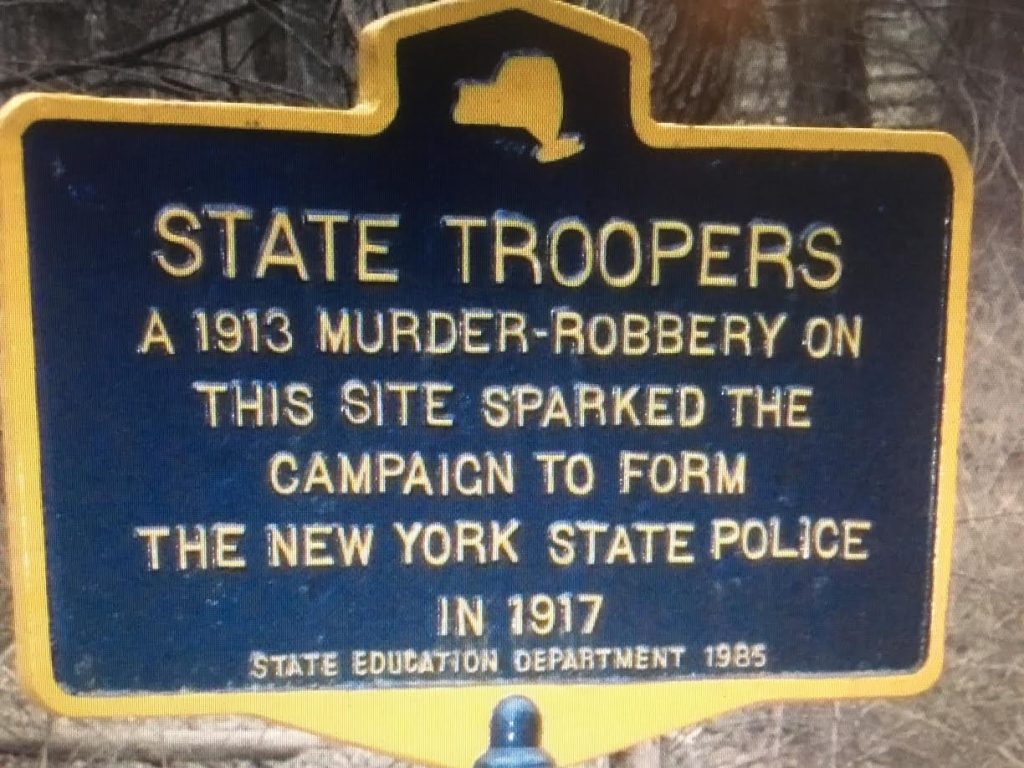 The first training facility was in Manlius, New York. It was named Camp Newayo (Newall and Mayo). It was the first Superintendent Col. George Chandler who coined the phrase New York State Troopers. Chandler, a surgeon and a soldier, outlined the training, the uniforms and the foundation for all aspects of the organization. The first troopers had a 2-year enlistment with an annual salary of $900.

The 4th Superintendent was a local, Albin S. Johnson, from Ballston Spa. It was Johnson who established the Thruway detail when the New York State Thruway opened in 1954.

Moyca Newell passed away in 1968, and her obituary called her the “Mother of the State Police.” It wasn’t until 1973 that women were hired, and on January 14, 1974 four women completed the Academy to become New York State Troopers. Moyca Newell would have been proud. 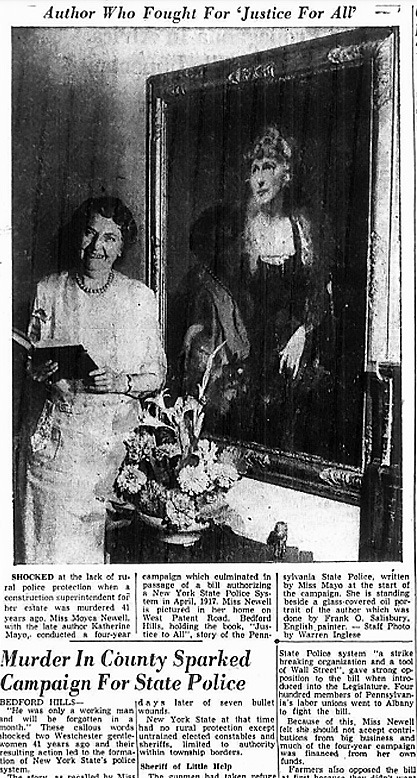 Image of Moyca Newell in a 1954 issue of the Herald Statesman (Yonkers, NY). Source: FultonHistory.com