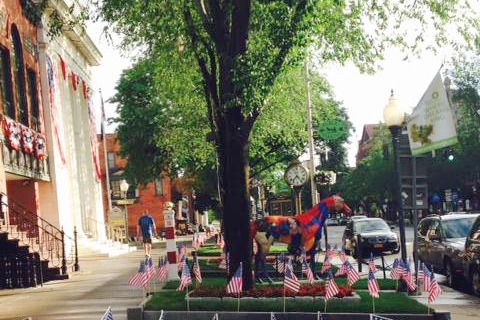 The city of Saratoga Springs, New York will commemorate the remembrance of those who gave their lives defending the United States of America with a parade in their honor. The event will commence at 6:30pm at the north end of Broadway. The parade includes our local veterans organizations, marching bands and service organizations. The route will proceed south through the center of Saratoga Springs on Broadway, and finish at Congress Park where a brief memorial ceremony will be held. Please join us in this patriotic tradition! Parade will be held rain or shine.