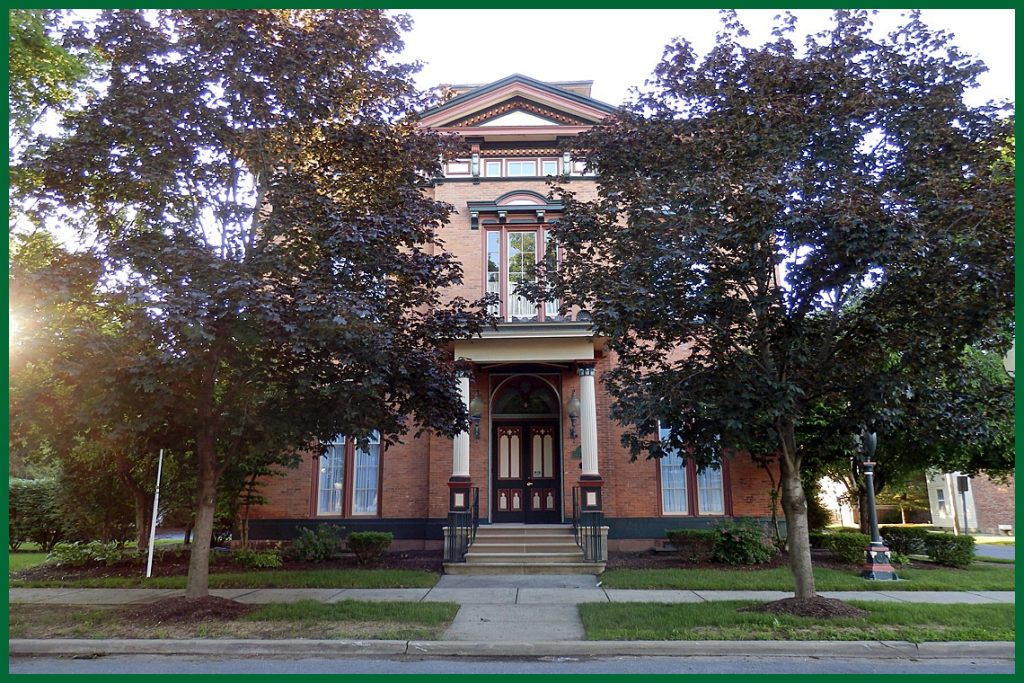 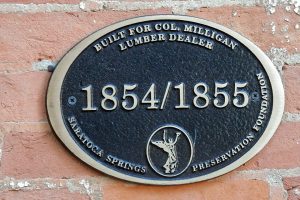 102 Circular Street, Saratoga Springs, NY: Built in 1854-55, this Italianate brick home has built for Colonel Robert J. Milligan, a Civil War veteran who had a successful career in the lumber industry.  Designed by Hiram Owan, the exterior is appointed with on observatory on the roof, decorative scroll brackets, and ornate craftsmanship to the entryway.

This home remained in the Milligan family for over 8 decades. After Colonel Milligan passed away in 1867, his wife Hannah remained in the home until her death in 1881.   Robert F. Milligan, their only surviving child, continued living in residence and was elected Mayor of Saratoga Springs in 1882. At 27 years of age, Milligan was referred to as “The Boy Mayor.” 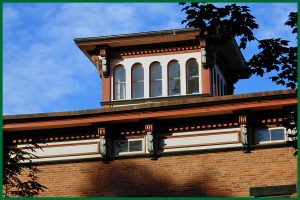 Observatory on the historic home’s roof

The final Milligan in ownership was Sarah, daughter of Robert F. and Georgiana Milligan.

Her Grandmother Hannah, had saved all the bills of sale for the furnishings and décor dating back to 1855—1856. In 1940, Sarah arranged for the Brooklyn Museum of Art to acquire the library and parlor furnishings where they remain on exhibit to this day.

In 1946, Dr. Isaac B. Lefkowitz purchased the property and opened his medical practice there.

In the 1990’s, the property was beautifully restored with great care and attention to detail. Today, 102 Circular Street remains in use as an office building, 160 years after being built. 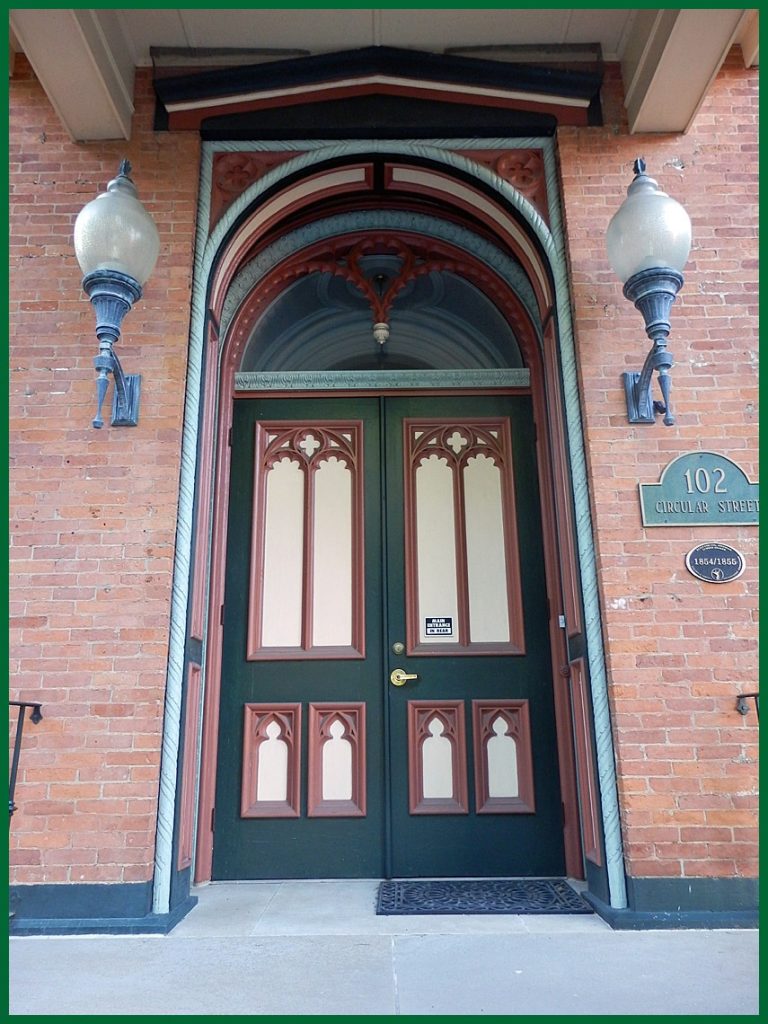