Grant Cottage Opens for the 2019 Season 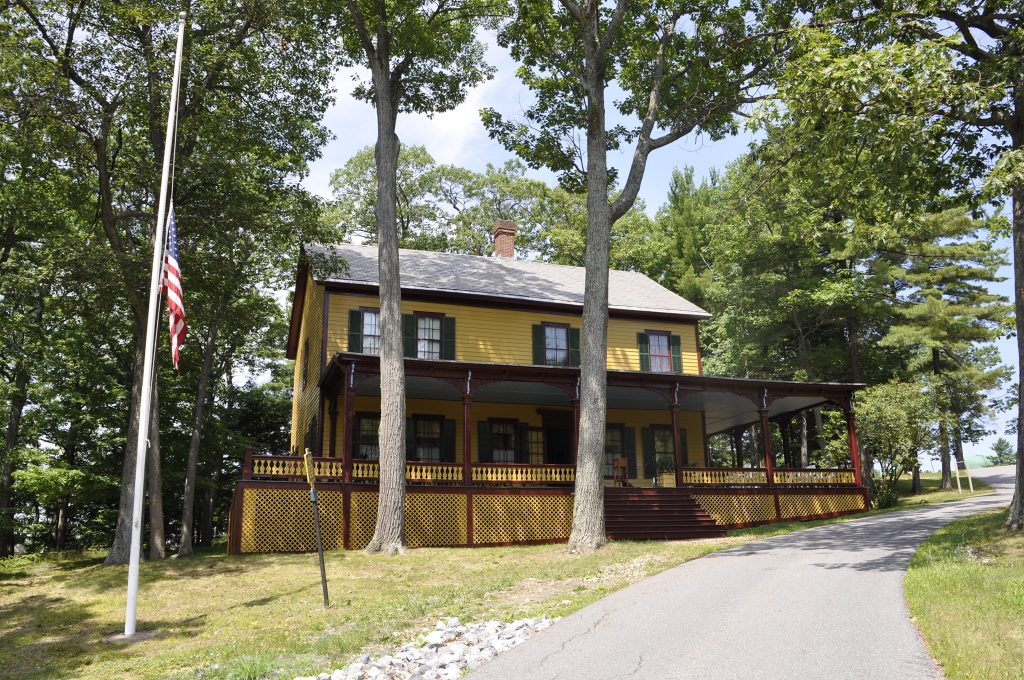 Wilton, NY – The Ulysses S. Grant Cottage State Historic Site will open for the 2019 season on Saturday, May 25th. Guided tours of the cottage will be available, new exhibits will be on display, and an annual program about cottage caretaker, Oliver  Clarke, will be presented.

The Visitor Center will display an exhibit titled, “Grant Becomes a Cancer Patient, 1884 to 1885,” which explores the General’s final months from a medical perspective.  Using period medical equipment and related artifacts from the Trombley-Prosch collection, the story of Grant’s cancer diagnosis, treatment, and diet in the final weeks of his life on Mount McGregor is interpreted.

A new artifact has been installed in the Office room exhibit case at the Cottage.  It displays a note that was written by Grant to his physician Dr. John H. Douglas following a medical assessment. At the time, Grant was engaged in his final battle – a race with terminal throat cancer to finish his memoirs. The Cottage’s collections hold 5 other handwritten notes by Grant.  None of them reference his thoughts on his illness.

In addition to the new exhibits, a program titled, “Sergeant Clarke, Union Vet and Andersonville Survivor, Welcomes You” will be presented by Grant Cottage tour guide, Steve Trimm. Trimm will portray the original Grant Cottage caretaker, O.P. Clarke, using the sergeant’s fifty-page handwritten memoir as a script, to tell Oliver’s story in his own words.

Grant Cottage, located at 1000 Mt. McGregor Road in Wilton, will be open 10 a.m. to 4 p.m. Wednesdays to Sundays, Memorial Day through Labor Day. Cottage tours are $6 for adults, $5 for seniors, and $5 for students ages 6-18. The suggested donation for programs is $5 per person. For more information, visit www.grantcottage.org or call 518-584-4353.

U.S. Grant Cottage State Historic Site is the final home of Ulysses S. Grant, Civil War Commanding General of the U.S. Army, 18th U.S. President and beloved American public figure. Impoverished by a Ponzi-style swindle and dying of throat cancer, he moved to the Cottage on June 16, 1885. With the love and support of his family, his publisher Mark Twain, and the nation at large, he completed Personal Memoirs of Ulysses S. Grant only days before his death on July 23, 1885. The two-volume publication ensured his family’s financial security and gave the world one of the most critically acclaimed memoirs by a U.S. president or historic military figure.  Grant Cottage is owned by the State of New York and operated by The Friends of the Ulysses S. Grant Cottage, Inc., a 501(c)(3) nonprofit organization.