In case you missed it, here’s last week’s post on the history of 3 and 4 Franklin Square

History of 2 Franklin Square – Built in 1870 by by George Harvey, whose lumber was located at Walworth and Division Street, 2 Franklin Square showed the traditional post-Civil War era construction of big, bold and beautiful. Sold to Dr. Valencourt Deuell, the Daily Saratogian, dated November 29, 1889, reported of the housewarming party:

“The house is known as the Harvey mansion and is one of the most spacious and handsomely arranged dwellings in Saratoga.” 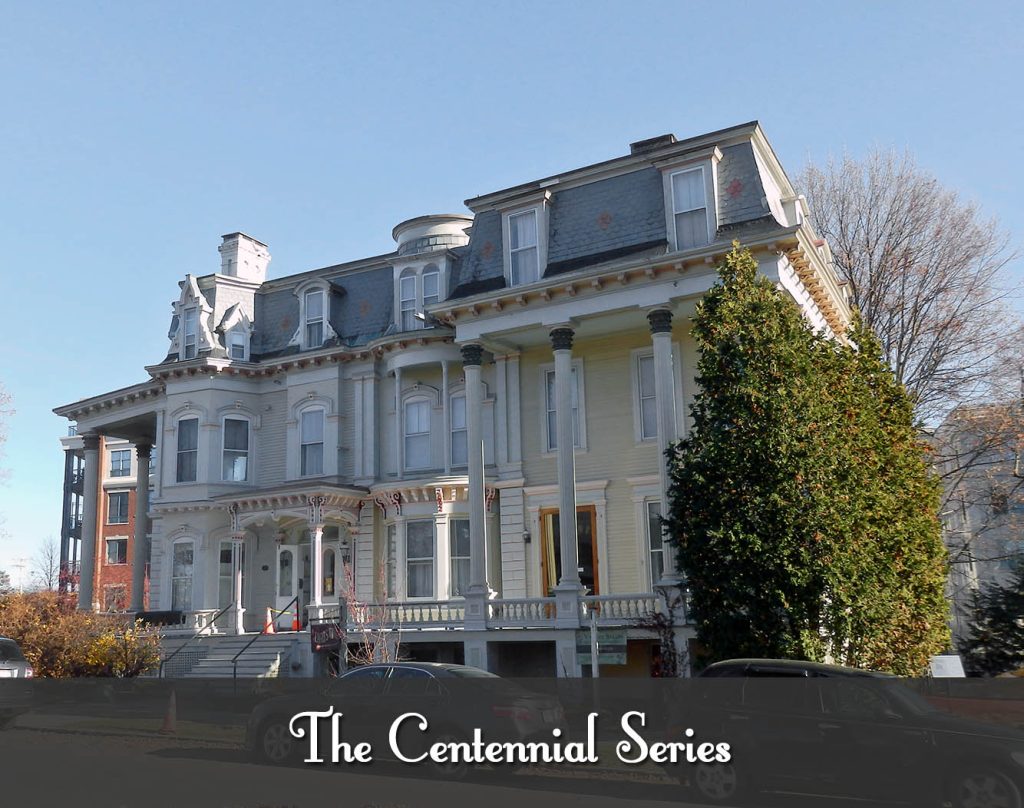 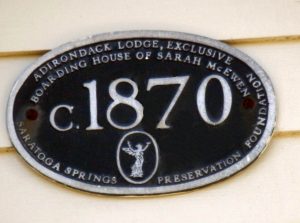 Dr. Deuell was a physician who traveled the world studying the healing powers of mineral waters and noted the local Saratoga mineral springs surpassed those in Europe. Selling this property to Sarah McEwen, the widow of Dr. Robert C. McEwen, Deuell purchased 6 Franklin Square later the Carlsbad Hotel. Both 2 and 6 Franklin Square were used as medical institutes promoting the healing powers of the mineral springs. (An unusual fact – Dr. Deuell died in the courtroom during testimony in a case involving Saratoga Vichy against the Natural Carbonic Gas Company in 1905).

Sarah McEwen operated the Adirondack Lodge at 2 Franklin Square from 1894 -1918, which was open year round and advertised as an exclusive boarding house with broad piazzas and private baths. It continued as a boarding house into the 1940s. After several decades of neglect, both 2 and 6 Franklin Square were restored by Saratoga Springs Developer Bob Israel. Today, they house various office, retail and residential units. 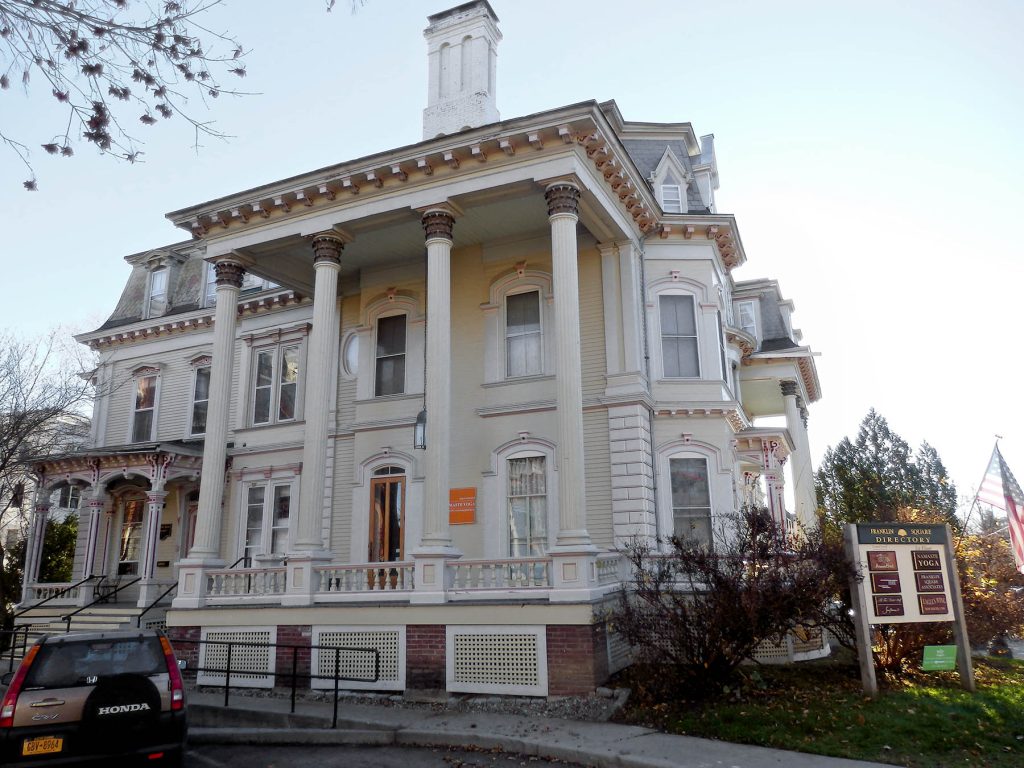 History of 1 Franklin Square – 1 Franklin Square was built in the 1830s for Augustus Boches, a lawyer and judge who presided on the bench for 36 years. Built with unique yellow limestone, this classic Greek Revival has a 2 story columned porch: 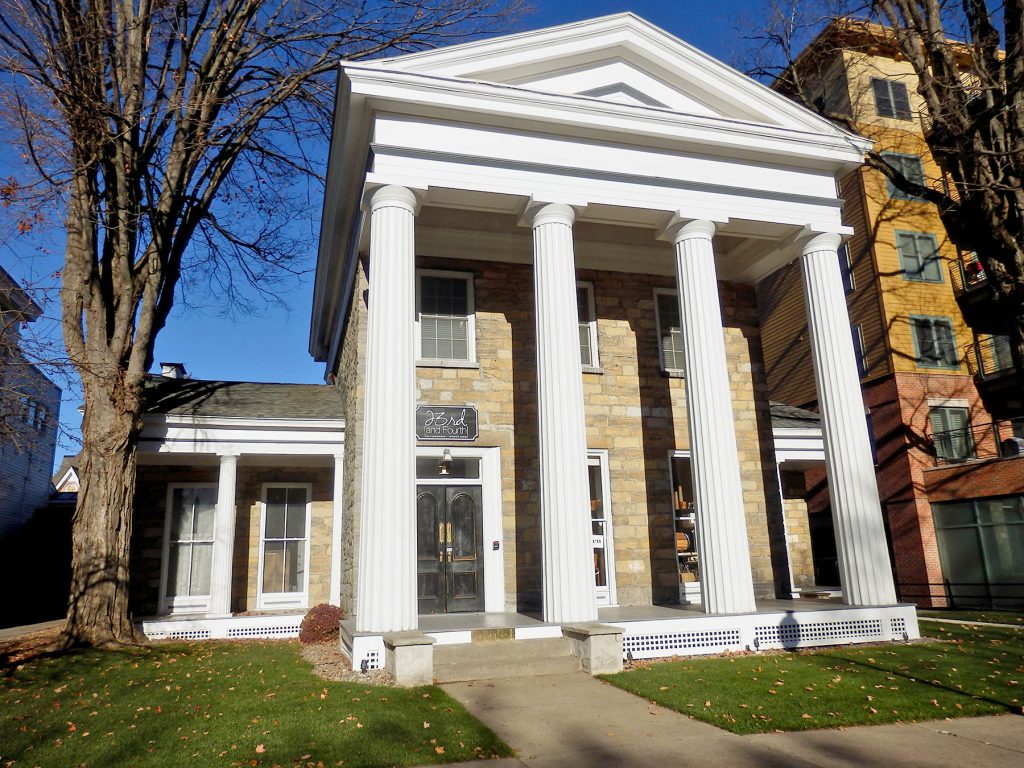 Boches moved to Circular Street in 1874, when Dr. Robert C. McEwen both resided and had his office here. McEwen was the consulting M.D. for the Hathorn Spring, and it was his widow, Sara, who operated the Adirondack Lodge at 2 Franklin Square. By 1909, Dr. Arthur Leonard had his office at this location. By the 1950s this building was divided into apartments, and continues today with residential use.

As documented, in the late 1800s and early 1900s, this neighborhood was highly desirable, when property became available it was purchased by a neighbor. Its history is rich with the early history of the making of the City of Saratoga Springs. 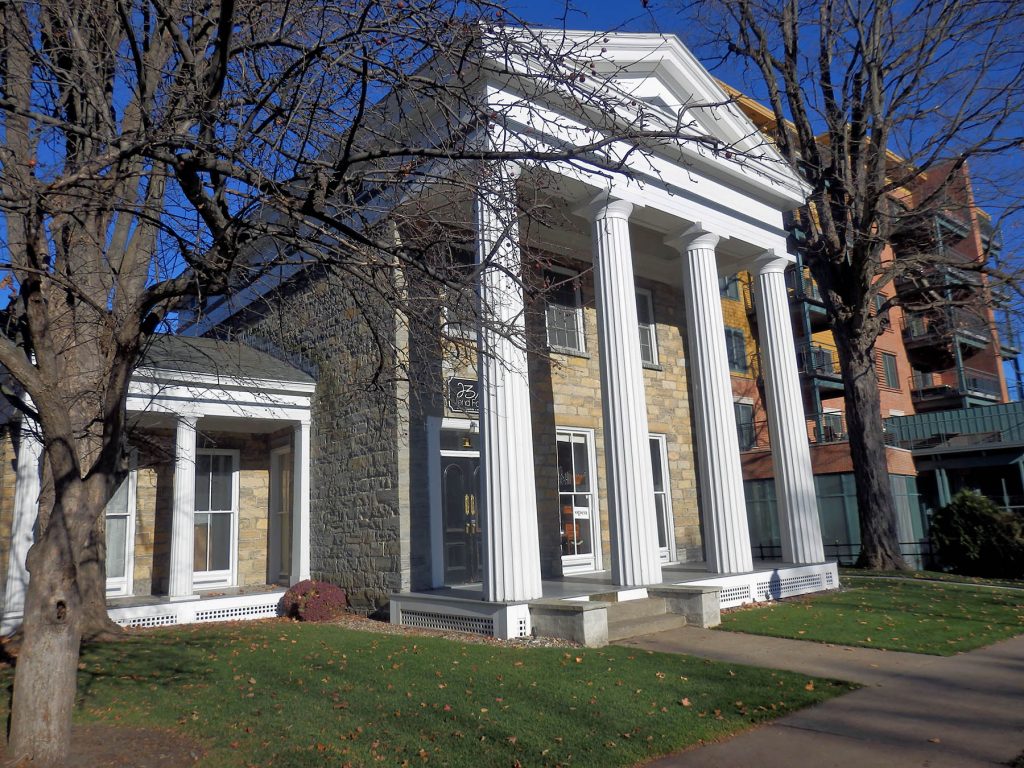