SARATOGA SPRINGS — When Tom Roohan was starting out in the real estate business more than 35 years ago, downtown Saratoga Springs was struggling, especially during the winter months.

Vacant, shabby storefronts and restaurants with “closed until spring” signs in their windows were common along Broadway.

Today, the city thrives 12 months of the year and it is rare to see a vacant storefront.

Roohan, 63, named 2018 REALTOR® of the Year by the Greater Capital Association of REALTORS®, said the success of Saratoga Springs was created by local businessmen and women who were proud of their community and worked long hours to make it a success. 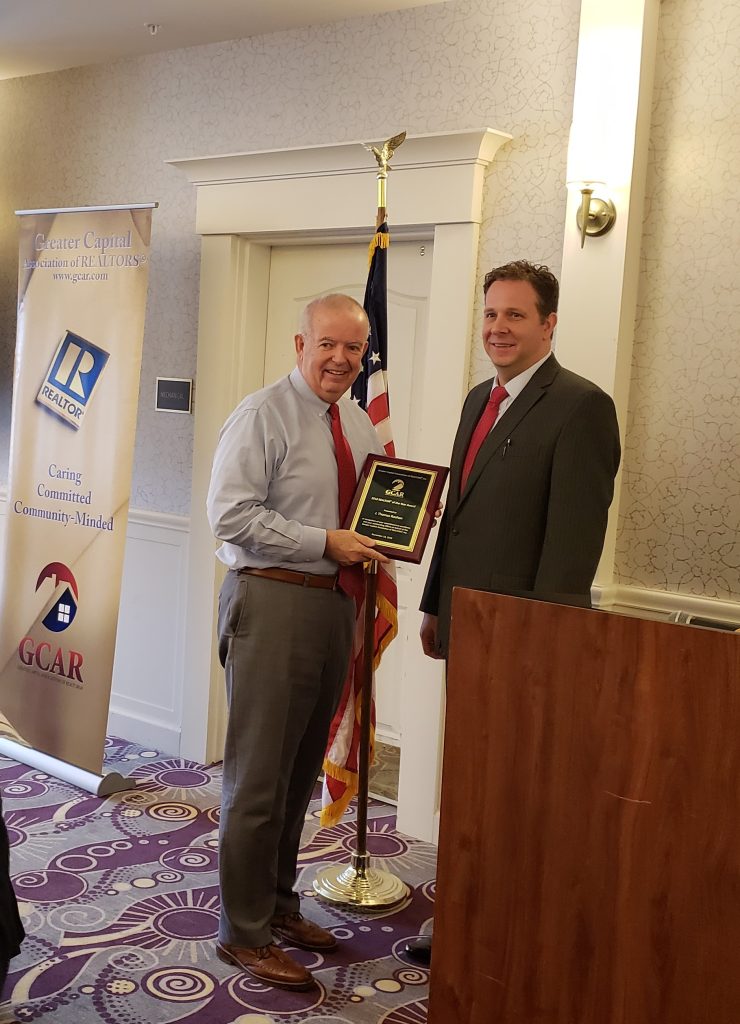 “People like the Grandes [Willard and Jim], the Waits [Pete and Charles], [Mark and Elizabeth] Straus, Ray Watkin, and [Nick] Palmetto. They had pride in their community and would not let it fail,” Roohan said.

Without Adirondack Trust Company supporting the people so they could buy houses, fix up old buildings, and improve properties, the revival of the Spa City would not have happened, Roohan said.

It wouldn’t have happened without Roohan Realty either. Started in 1969 by Tom’s father, John T. Roohan, the company grew over the years.

Tom Roohan is currently broker-owner of Roohan Realty with more than 50 real estate associates and professional staff in the historic Community Theater building at 519 Broadway.

While Roohan Realty focused on single-family homes in the 1970s, it has expanded over the years into commercial, new construction, renovations, and equine properties in eight counties around Saratoga Springs. 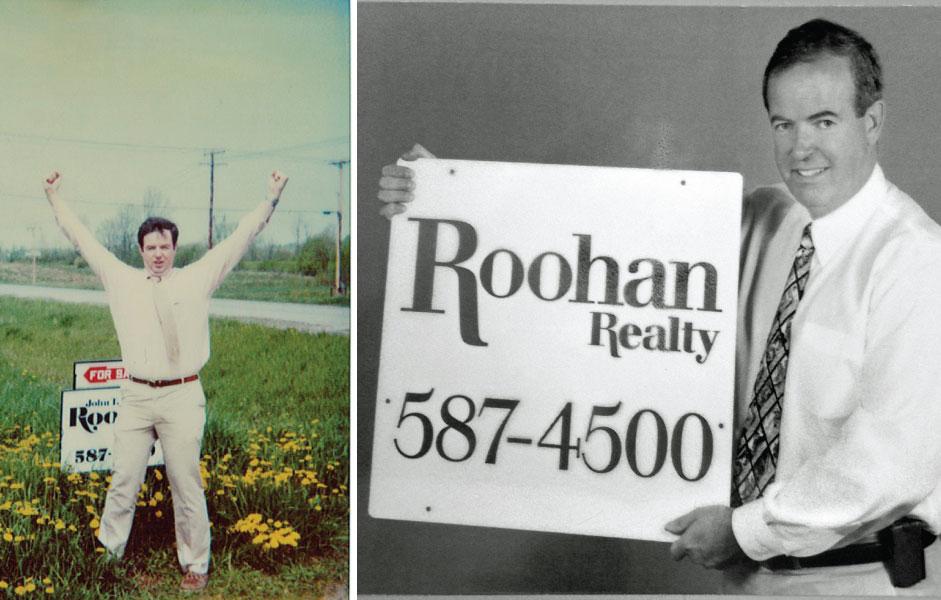 Roohan said the only building he owns on Broadway is the Community Theater building, which opened as a movie theater in 1938. His siblings and other relatives, who work with him, own several other large buildings on and near Broadway.

“We value our relationships,” Roohan said.

Tenants of Roohan buildings have been tenants for decades. “That’s important for us,” he said.

Roohan said a factor that has helped the city’s revitalization is the construction of large parking garages off Putnam Street, Woodlawn Avenue, and behind the Putnam Market building on Broadway.

The Saratoga Springs City Center, which opened in 1984, is another major factor that helped turn Saratoga into a year-round destination, hosting large conventions and community events that fill the hotels and restaurants. 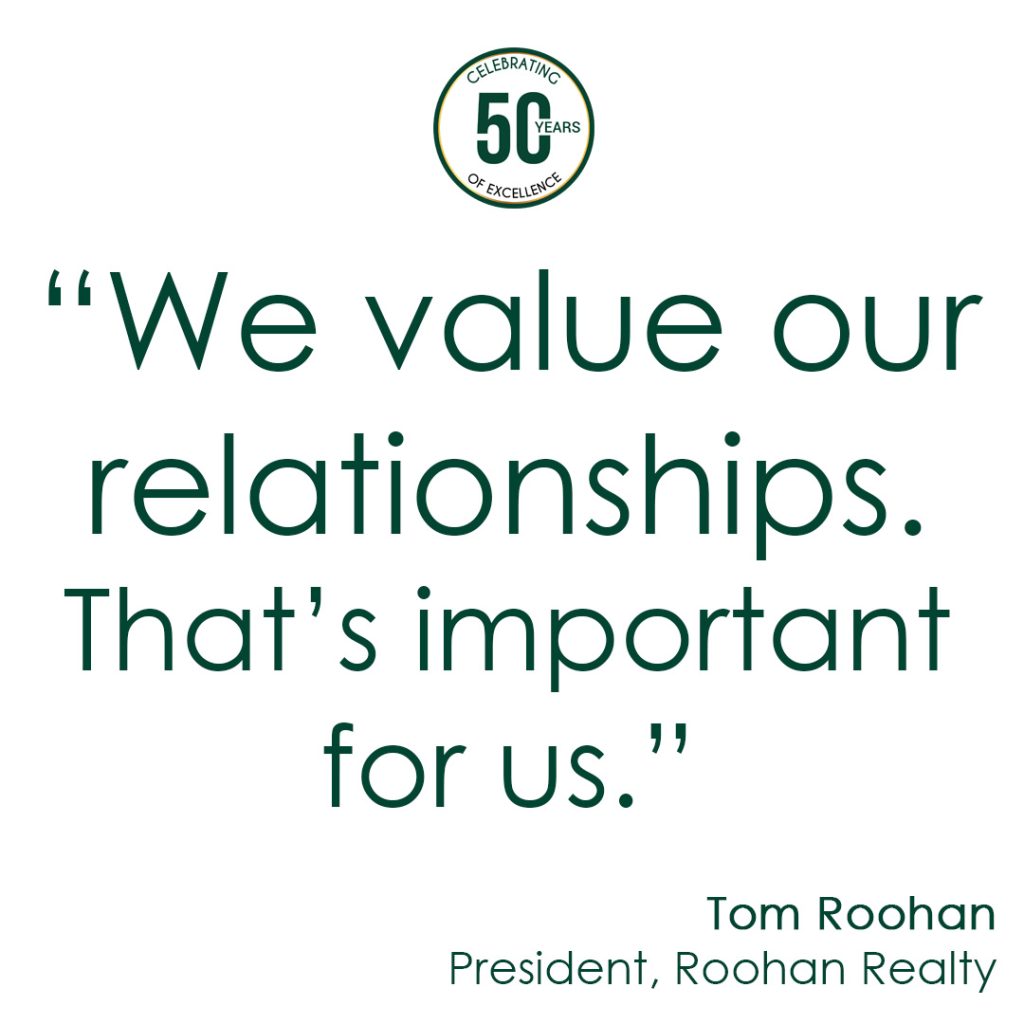 He called the City Center the “bright light at the end of Broadway” that has provided the city with strong “shoulder seasons” after the peak of the summer thoroughbred horse racing season. As chairman of the City Center Authority, Roohan has been coordinating negotiations to construct another 500-car parking garage off High Rock Avenue behind the City Center.

Laura Burns, the chief executive officer of the Greater Capital Association of Realtors (GCAR), said the REALTOR® of the Year is selected by the past five winners after being nominated by all members.

“Tom Roohan has always been an active and well-respected broker among GCAR members,” Burns said.

“Coupled with his level of involvement in so many professional and charitable organizations for so many years, Tom exemplifies the core of not only a GCAR REALTOR® of the [year] but a wonderful member of our community,” Burns said.

The association underlines Roohan’s community and volunteer work. “He currently sits on the board for Saratoga Hospital and the Adirondack Trust Company. He is the 2018 president of the Luther Forest Technology Campus board of directors and is chairman of the Saratoga Springs City Center Authority,” the association says in a statement about Roohan’s being named REALTOR® of the Year.

His many awards include the Preservation Recognition and Adaptive Reuse Award in 2010 and 2012 from the Saratoga Springs Preservation Foundation and the American Red Cross Eastern New York Blood Hero Award in 2018.

Roohan was born and raised in Saratoga Springs and studied civil engineering at Norwich University. He and his wife, Kristie, have seven children and seven grandchildren. 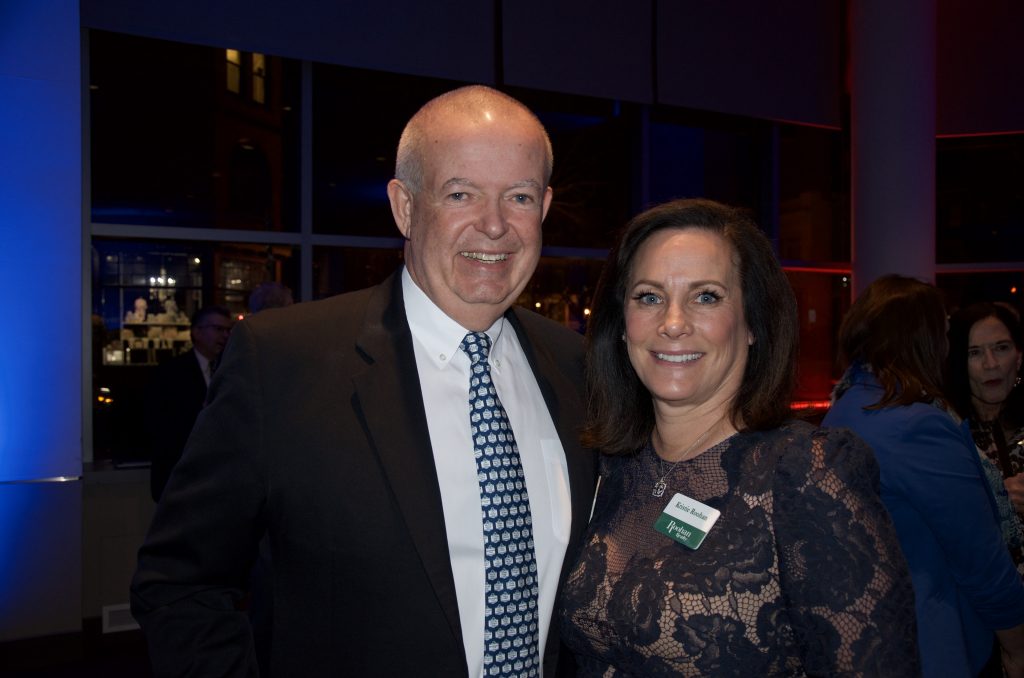 “He puts in a long day, a long week,” said Sutton.

He said Roohan is going seven days a week, with his business, volunteer work, charitable work, and raising money for non-profits. “He gets a lot of satisfaction out of it,” Sutton said 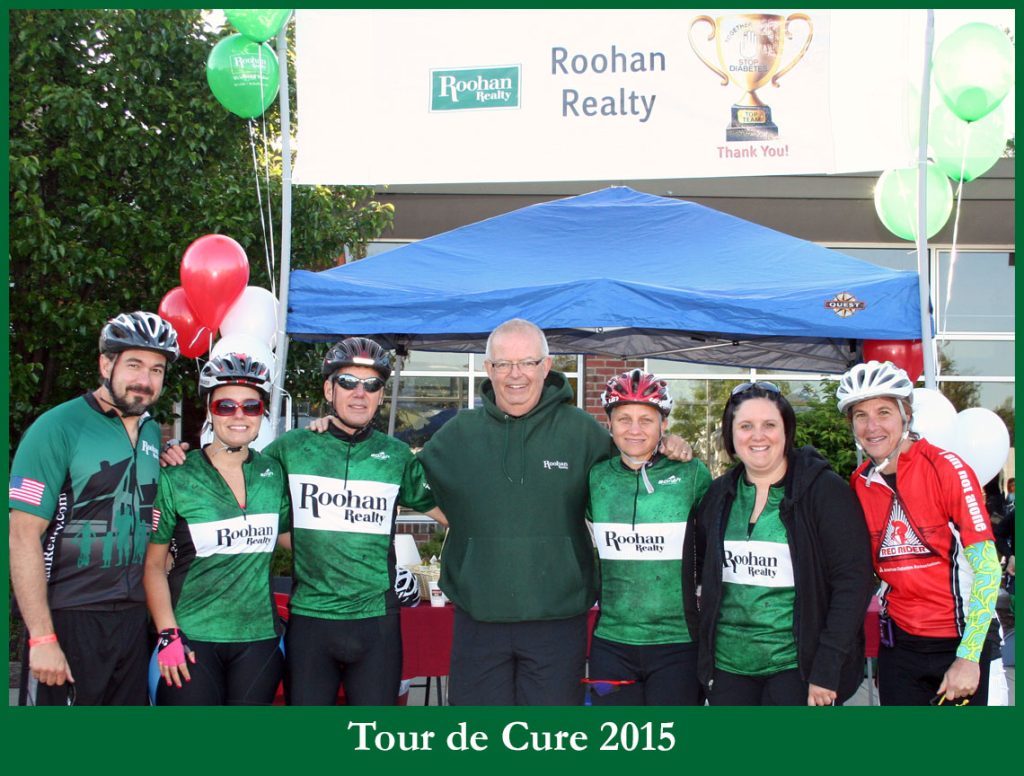 Tom with Team Roohan Realty at the 2015 Tour de Cure

“Tom is both a boss and a leader,” said Kate Deloria, who has worked at Roohan Realty for more than 20 years.

“Being the boss means that you are in charge of a team or the whole organization. You assign tasks, have control over employees and make crucial decisions,” Deloria said.

“Being a leader means being able to influence and inspire others: to make the best of them. It’s a person who leads others by example, has a vision and stays committed to goals,” she said. 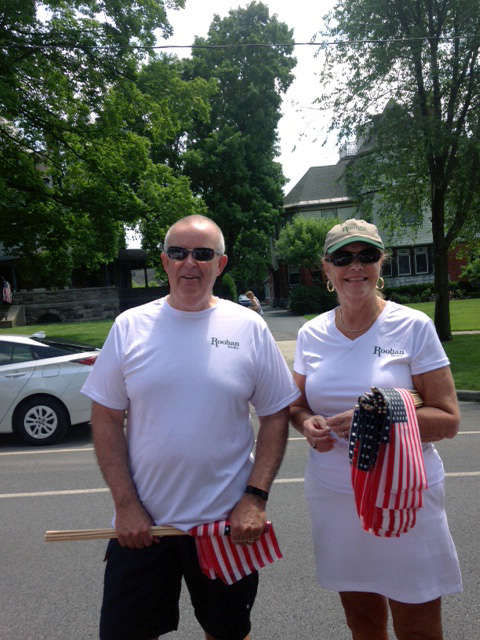 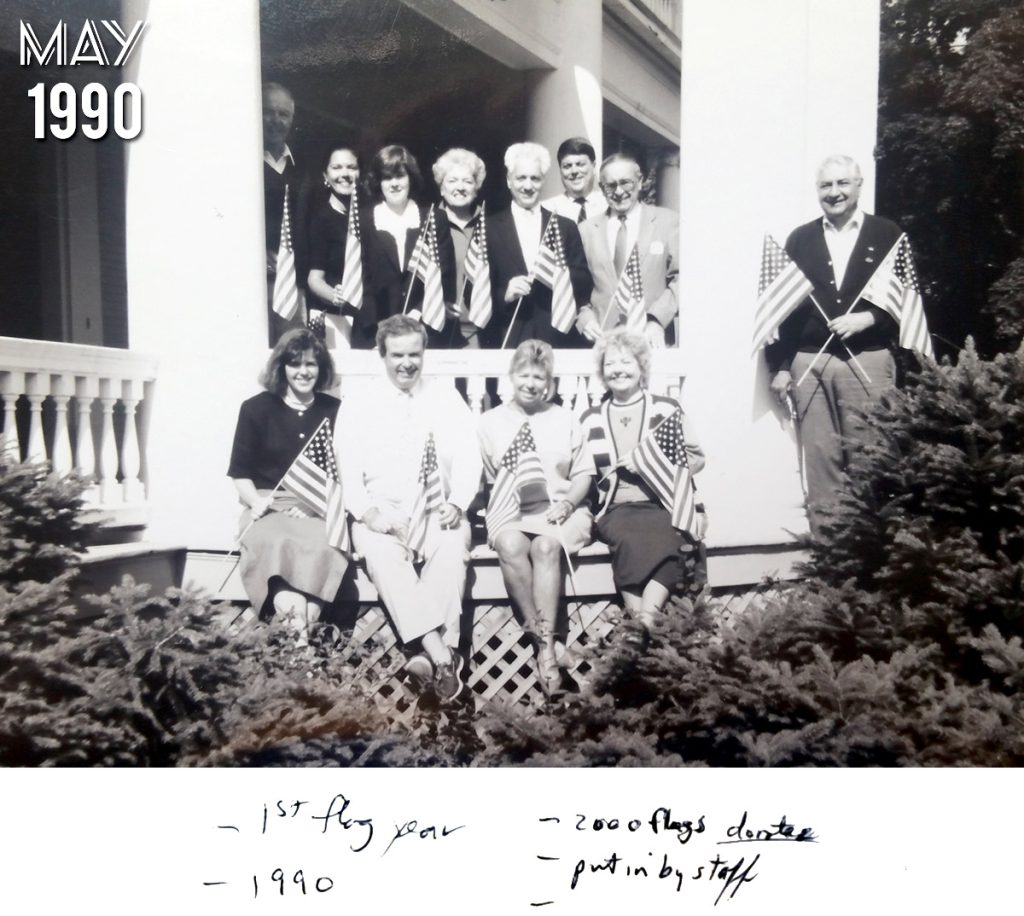 Every boss isn’t always a leader. “Tom, luckily for us, is both. He is always modest, always ready to listen, and always the first person to ask if he can help no matter what you need,” Deloria said.

Meg Minehan, who celebrated her 25th year with the company recently, said three of her five family members have worked with Roohan Realty. “It’s truly a family affair,” Minehan said. 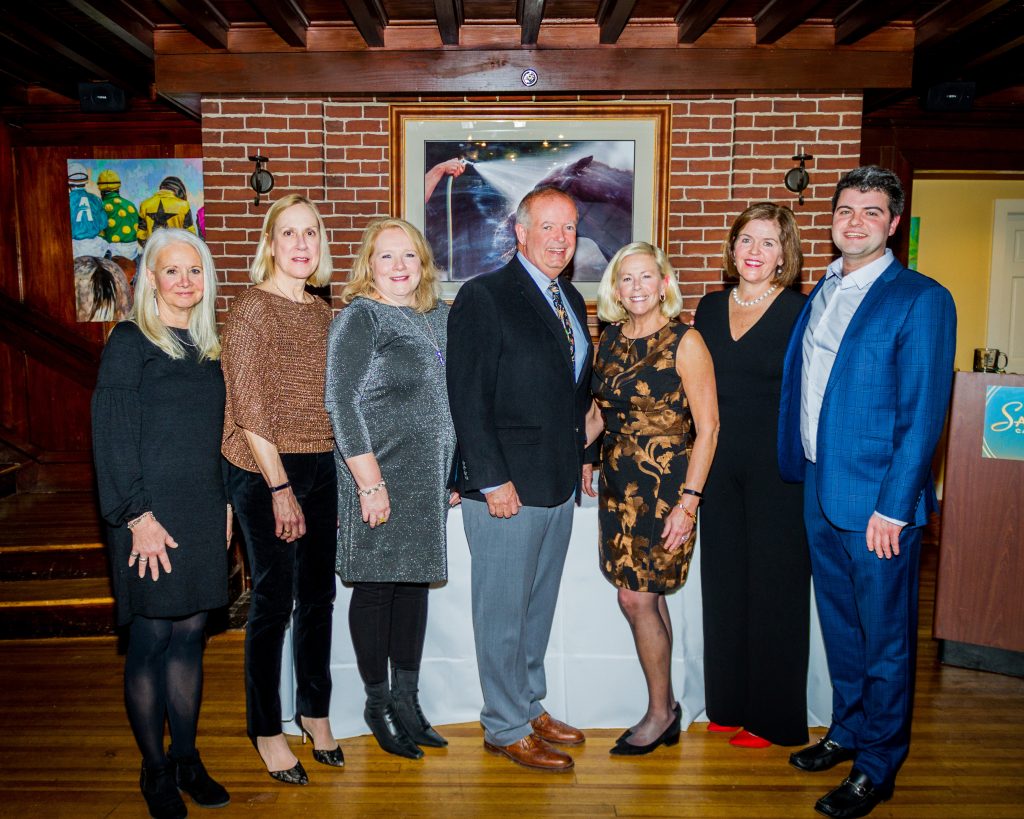