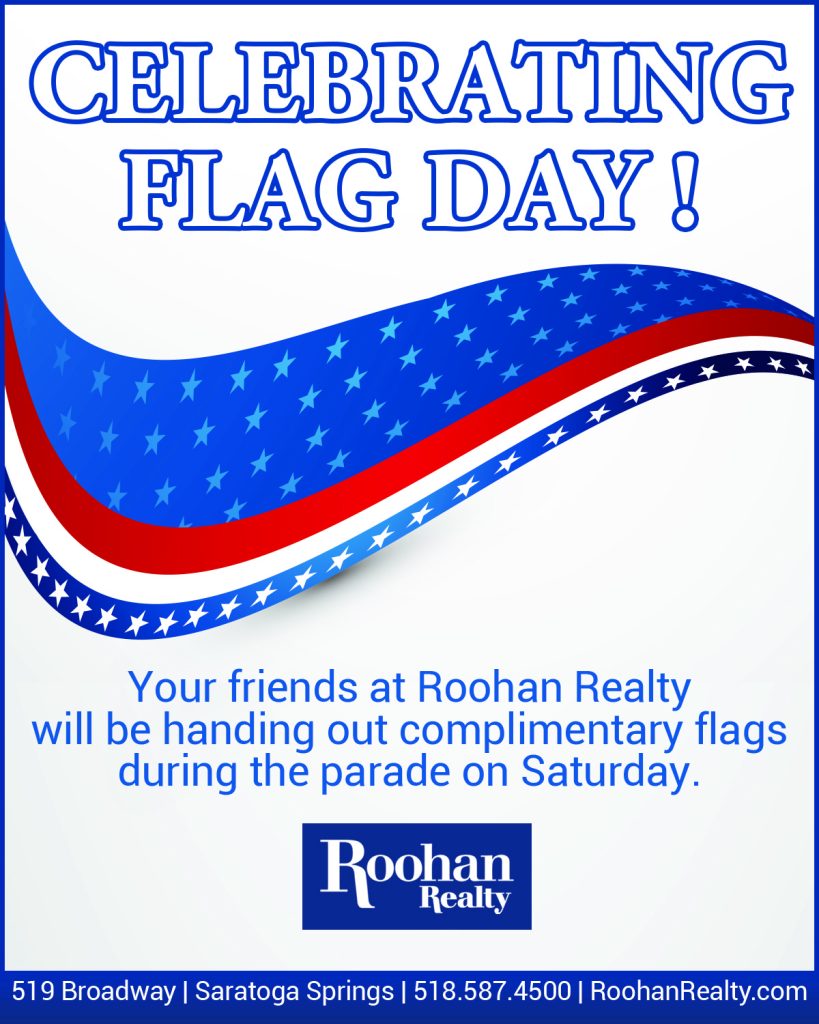 Roohan Realty agents and staff will march in this year’s parade, handing out hundreds of American Flags to attendees along the route. Please join us in celebrating this milestone year and look for the Roohan Realty moving truck to get your free flag! 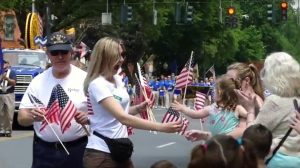 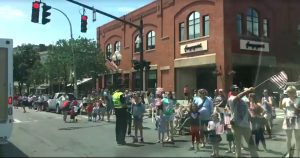 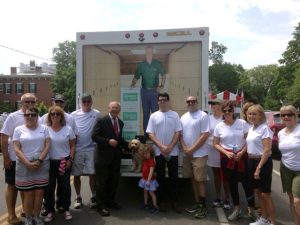 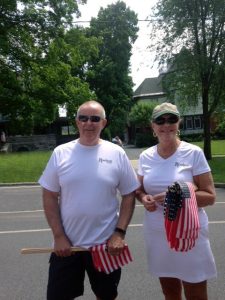 By Robert Schrade, PER (printed with permission from Susan Waghorn)

1968 was a disheartening and troubling year: Dr. Martin Luther King Jr. and Robert F. Kennedy were assassinated. President Lyndon Johnson was mired in a war that we seemingly could not win in Vietnam. There were violent anti-war protests throughout the country, young men were burning their draft cards, and hundreds were fleeing to Canada to avoid the draft. America was becoming a divided nation, and morale was at an all-time low.

One of our objectives at our first Americanism Committee meeting was to, maybe in some small way, attempt to put a positive slant on all of the negativity. I believe it was Elk member John Burke who suggested an Elks Flag Day Parade. Great idea, but how does one go about it? Fortunately, Dick Clark had some experience with Veterans Parades. So naturally, Dick and John were made Co-Chairmen of the First Annual Elks Flag Day Parade.

We needed approval from the Trustees, at that time headed by Rod Sutton, Jim Foley, and Fran Quinn. They gave us the go-ahead and helped us sell our plans to the membership. We also got an assist from the PER Association, headed by Dr. Leo W. Roohan, Dr. Perry Miller and Hap Haswell. Next, we needed a permit from the City, the Police and Fire Departments, and we were all set to go.

We did not know how we would be accepted because there was still unrest and protests occurring throughout the country. We planned to display our patriotism, but hoped that our friends and neighbors also would.

Looking back, I cannot explain the feelings we had as the crowd cheered and applauded as they saw the Elks banner carried by brothers Larry and Ralph Ernst. The marching and riding Elks were cheered at each intersection. The Elks in their white shirts, waving flags, were an impressive sight. The Parade and Ceremony in Congress Park went off smoothly. All the effort paid off.

On behalf of the 100 plus who participated in this project, especially the late John Burke and the late Dick Clark, I am proud to accept the title bestowed on me as the “founder of the Elks Flag Day Parade.” I also want to thank Vaughn Woodworth PER, and Jasper Nolan PER, for their continued support of the Annual Parade. 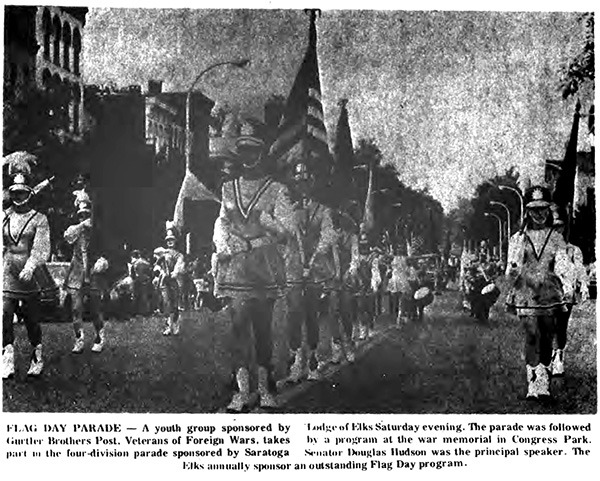 Photo of the 1969 Elks Flag Day Parade featured in The Saratogian. Source: fultonhistory.com

In 1978, a new format was introduced by Exalted Ruler Vaughn Woodworth. The “Pageantry in Brass” came into existence. Enlisting the help of the Avant Garde to bring competition Drum and Bugle Corps to Saratoga. The various corps marched in the Flag Day Parade and tickets were sold to the evening competition which was held at the East Side Recreation Field. This format was used for several years, until the Avant Garde was disbanded.

In 1991, following the Persian Gulf War, the crew of the USS Saratoga was invited for a weekend of respite in Saratoga Springs. Officers and sailors were treated to a weekend of relaxation, golf, and other activities. They graciously joined the Elks Flag Day Parade, marching with pride on Broadway, enjoying a flyover by the C130 provided by the Air National Guard from Stratton Air Base in Schenectady.

Another memorable year 1998, we enjoyed seeing the Medal of Honor recipients, as they were escorted in our Parade. The heroes were housed in private homes in Saratoga prior to the Parade were feted by the City at several venues.

The Elks Banner continued to be carried every year by brothers Larry and Ralph Ernst for 40 years. Ralph passed away a few years ago, and Larry continues as a member of our Lodge.

In 2014, the Elks partnered with the Saratoga Chamber of Commerce and the US Navy training unit at West Milton in the “Port Call Saratoga” event. The Navy contingent marched in the Parade and participated in the Flag Day ceremony in Congress Park following the Parade. Their Commanding Officers were the Honorary Grand Marshalls and also honored during the event.

Our 2015 Parade honored all Vietnam and Vietnam Era Veterans on the 50th Anniversary of that war. David T. Wallingford served as the Honorary Grand Marshall. Captain Wallingford served in Vietnam from 1967 to 1970 and is the recipient numerous decorations including the Bronze Star Medal with Combat “V”, Purple Heart, and induction into the NYS Senate Veterans Hall of Fame. Additionally, the City of Saratoga Springs celebrated 100 years of being a City and the US Navy celebrated its 2nd Annual Port Call Saratoga.