The Best Seafood Dishes in Saratoga 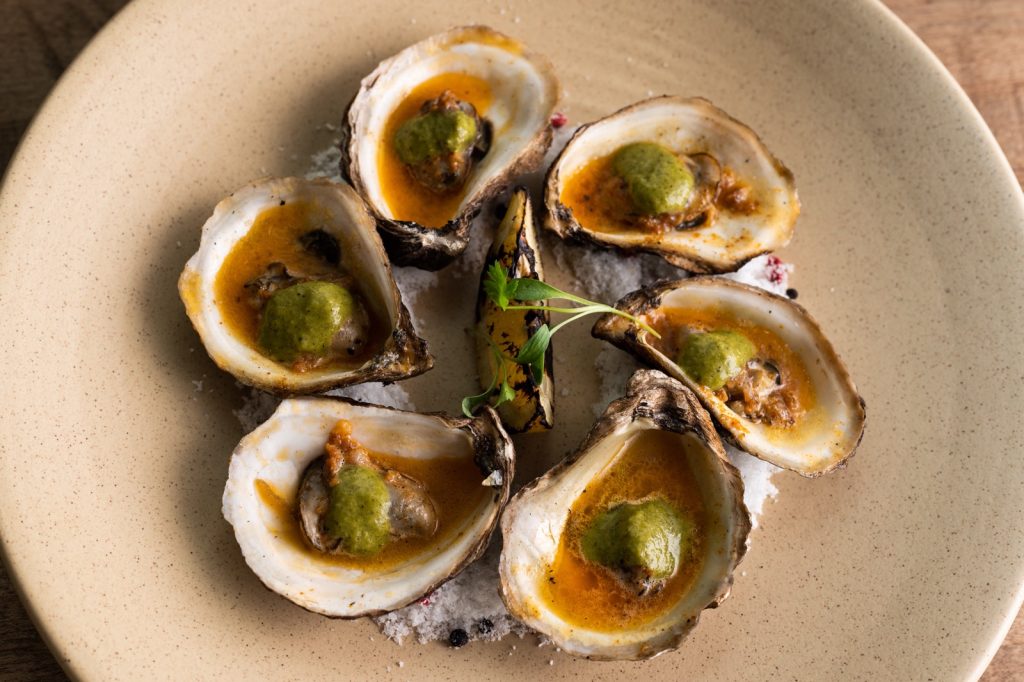 ♦ 30 LAKE ♦
Formerly Fish, 30 Lake’s refreshed American menu still leans toward seafood and will have something for every taste. Their Tuna Nachos appetizer ($18) is a popular pick, along side their Fresh Maine Lobster Fettuccini ($36).

♦ 550 WATERFRONT ♦
You truly can’t beat the atmosphere at 550 Waterfront, which hugs Saratoga Lake with its beachside Adirondack chairs and restaurant walls that raise up, allowing for lake views from almost any  seat inside or outside. Customers love their Maryland Hot Crab Dip ($16), Steamed Clams ($19), Swordfish BLT ($18), Blackened Mahi Mahi ($24), Poke Bowl ($18) and Steamer Bucket ($30). 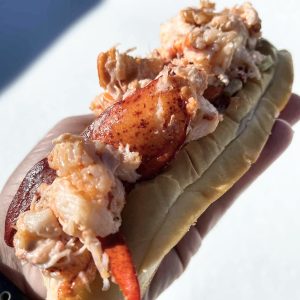 ♦ EDDIE F’S ♦
This small, casual neighborhood eatery is one of Saratoga’s best kept secrets. Known for their Lobster Roll (available warm with a side of butter or cold tossed with celery and light mayo, both on a warm toasted New England Roll), their fried whole belly clams, fried oysters, scallops, shrimp, haddock and fish fry (all market price) are also hugely popular. They’ve received multiple awards, including #1 Fish Fry in Saratoga County & Top 10 Seafood Restaurant in Upstate New York (both from Yelp), and a Travelers Choice Award for Top 10% Restaurants Worldwide (Tripadvisor). Aside from their legendary seafood, Eddie F’s is also very active in giving back to the community, so eating here means you’re helping a small business that helps others, right here at home. “We also have Eddie F’s racing stable which is a partnership program,” says owner, Ed Fazzone. “Our two top horses are Lobsta and Chowda. We’re hoping both will run at Saratoga. More about
them on our racing page.” 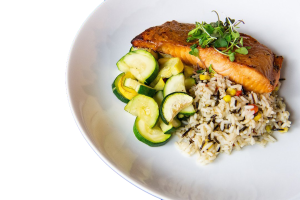 ♦ MOBY RICK’S ♦
Owned by a 3rd generation fisherman, Moby Rick’s has locations in both Saratoga Springs and Clifton Park. They offer fresh fish and seafood delicacies brought in from the wharfs in Long Island and Boston, plus a variety of cooked entrées ready for takeout. Here you can find shrimp, lobster, smoked seafood, fillets, steaks, shellfish and more; be sure to check their online menus for each location.

♦ PENNELL’S ♦
There’s no shortage of seafood options at this beloved local restaurant. They offer steamed Long Island Littlenecks in white or red sauce as an appetizer ($17/dz), the same as an entrée ($27), Haddock Francaise ($26), Shrimp Genoase ($28), Shrimp Fra Diavolo ($27), Lemon Haddock ($26), and a hearty Zuppa Di Pesce with scallops, jumbo shrimp and clams ($29). 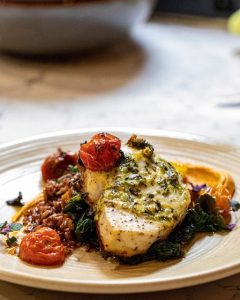 ♦ SPERRY’S ♦
This neighborhood bistro has been dishing out Continental cuisine since 1932! Their eclectic menu is sure to have something for everyone, especially seafood lovers: try their Shrimp and Lobster Dumplings (a Tom Roohan favorite, $19), Grilled Octopus ($22), Pan Roasted Halibut ($40) or Tournedos of Salmon ($37).

Crab meat is high in vitamin B12. Vitamin B12 keeps our nerve and blood cells healthy and helps prevent anemia. Some people take supplements to get enough B12, but eating just 2-3 ounces of crab meat can also fulfill an adult’s daily B12 requirement.

Fish should always be cooked at a low to medium temperature to preserve moisture and flavor. Never cook fish at more than 350°F.

Halibut and tuna are the safest fish to eat in terms of bacteria.

There’s a super easy DIY trick to test how fresh your fish is before cooking it.  Put a small piece of your raw fish in a bowl of cold water. If it floats, that means the fish has been caught recently. If it sinks….not so fresh.

The best way to thaw frozen fish is in milk. Putting your frozen fillets in milk will absorb the “freezer taste” and add a fresher flavor.

There is no organic seafood. The USDA hasn’t issued any regulations on organic seafood, so if you see any at the store, know that the label is just a marketing gimmick to try and trick consumers into paying 30-50% more for their fish.

Bigger isn’t always better. The larger the fish is, the older it is, and larger species usually contain more toxins than their tiny counterparts due to a longer lifespan in the water.