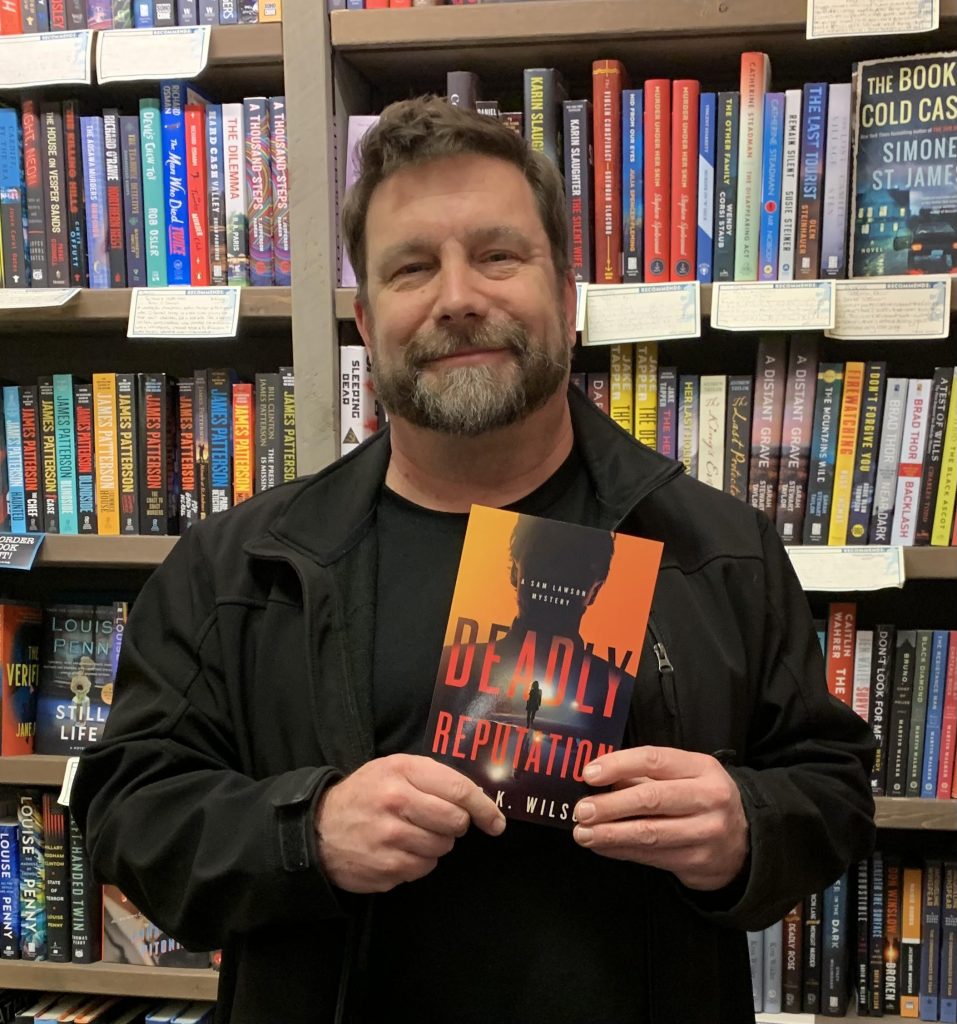 David K. Wilson, author of the popular Sam Lawson mystery series, will be releasing a murder mystery set in Saratoga later this year

Local author and screenwriter, David K. Wilson, has announced an upcoming book in his popular mystery series will be set in Saratoga Springs and feature the murder of a prominent Saratoga business owner (fictional of course).

“It might involve the track, but the plot details are still being flushed out,” says Wilson, who does most of his writing at Uncommon Grounds and Walt & Whitman (where he claims they serve the best mocha lattes). “The murder will bring Detective Sam Lawson to Saratoga Springs, and in many ways, the book will also be a love letter to Saratoga and all the people and places I love so much.”

This will be the seventh book in Wilson’s popular Sam Lawson series, which has sold over 50,000 copies in 13 countries and repeatedly hit #1 on Amazon’s New Release Hard-Boiled Mysteries category. With short, fast reads and touch of comedy, the series centers on a protagonist who is as good at solving crimes as he is at putting his foot in his mouth. Although this will be Wilson’s first book set in Saratoga, he says the city and its people have inspired many of the people and places in all of his work.

“A lot of characters are based on people I’ve met or seen here, because Saratoga has so many colorful subjects,” explains Wilson. “For instance, the medical examiner in the mystery series was inspired by three of my former coworkers from Fingerpaint. And the main bar visited throughout the first book, Combustible, is based on Tin N’ Lint. I was trying to think of a classic dive bar to describe, and…that was it.”

A Texas native and former resident of Chicago, Wilson fell in love with Saratoga in the early 2000s after accepting a job in the Capital Region. “I was looking for a walkable community, but with a sort of urban feel that reminded me of my Chicago neighborhood. I’d been in Niskayuna at the time, but then I got to Saratoga and said ‘YES! THIS is what I was looking for!'” He’s been a regular ever since.

While the Saratoga mystery won’t be released until late 2023, his next book (#6 in the series), hits shelves this spring:

When Sam’s fiancé is abducted by The Replacement Killer, a serial killer who used to be Sam’s police partner, Sam races against the clock in a desperate search to find them before it’s too late.

You can find all of Wilson’s books at Northshire Bookstore and on Amazon. For updates and information on his latest releases, visit davidkwilsonauthor.com