Located at the entrance to SPA State Park, on the corner of Avenue of the Pines and New York State Route 9, the present Lincoln Bath building is one of the notable structures in historic Saratoga Springs. In 1930, the bathhouse was considered one of the largest bathhouses in the world when it opened. The present structure, comprised of stone, steel, terracotta, and concrete, is the second building on the site, as the first wooden facility burned in 1927.

Between 1896 and 1910, the Lincoln Spring Company and the Natural Carbonic Gas Company drilled 350 to 425 feet deep for what would be known as the Lincoln Springs. The company extracted carbon dioxide gas which was in great demand due to the popularity of soda fountains. When gas companies extracted too much water from too many springs, the water levels started to recede. Through the efforts of Spencer Trask, George Whitney and Edgar T. Brackett (read the history of the Brackett house), New York State stepped in 1909 to control the springs in Spa State Park, and the large gas extraction companies were closed. In 1911, the State Reservation at Saratoga Springs was established, today known as Saratoga SPA State Park to preserve the park and its natural mineral springs for future generations. 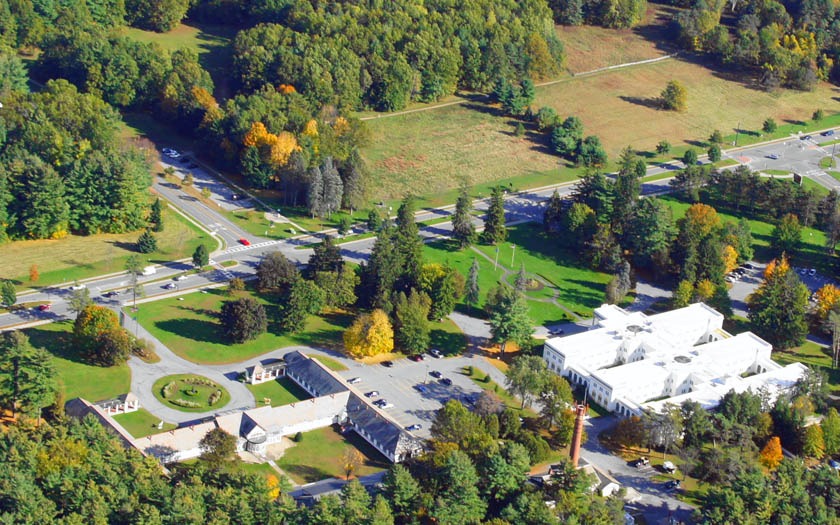 In 1915, the Lincoln Baths opened to the public in a large, plain wooden building. The wooden structure was built from an old factory that previously extracted gas from the Lincoln Spring.

The site of the previous factory was chosen due to the ability of the Lincoln Spring waters to hold gas longer than any of the other springs in the area. These gas bubbles were used to first carbonate soda fountains and as therapy at the Lincoln Baths.

The previous Lincoln Bath House which burned down circa 1909

In 1927, a fire destroyed the first Lincoln Spring building. The present building, completed in 1929, opened in 1930 to the public. William E. Haugaard (1889-1949) who studied at Pratt Institute, Massachusetts Institute of Technology and Ecole des Beaux-Arts was the architect. Haugaard was the Commissioner of Architecture, a position now replaced by State Architect. Haugaard was responsible for the design of buildings carried out by New York State, including Alfred E. Smith Building in Albany, New York. 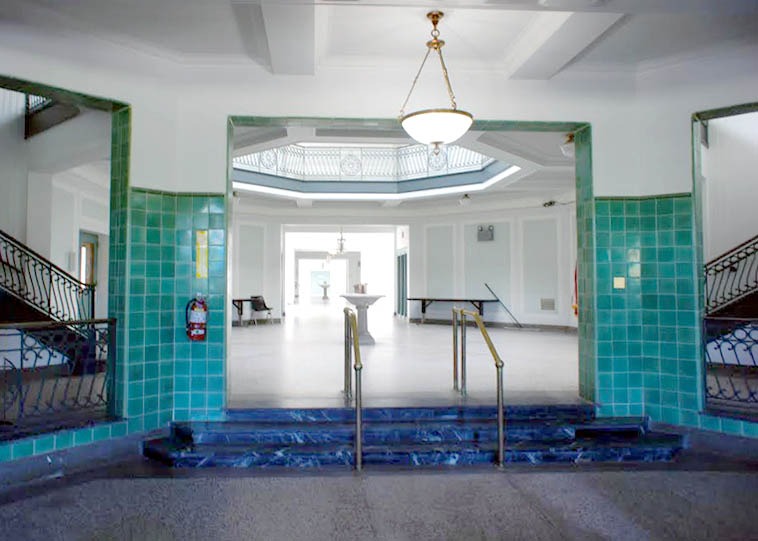 “It is evident by the slender delicate proportions of detailings. For example, the delicate semi-circular fanlights above the main doors are easily recognizable details of the Federal style. The Lincoln Baths were the first building in Saratoga SPA State Park to be a variation on the Federal style for patriotic reasons, where it invokes a nostalgic feeling through architecture for when the American republic was being formed.” 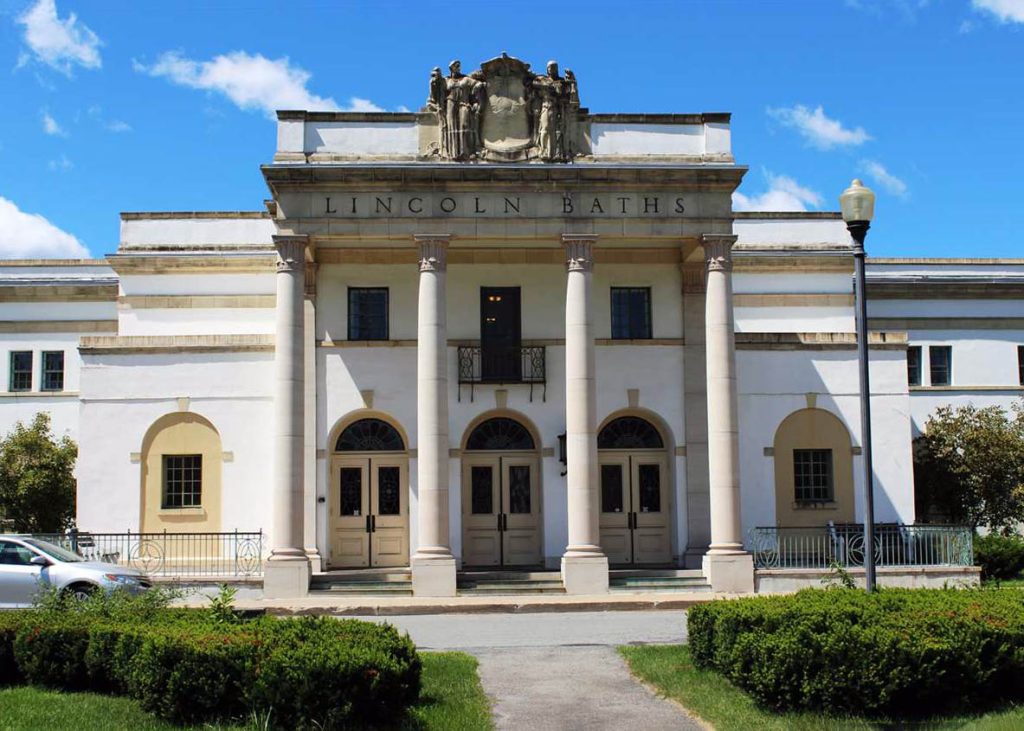 The Lincoln Baths’ dramatic architecture, combined with its prestigious location at the entrance to Saratoga’s historic SPA State Park, make it one of the most impressive buildings in the region. 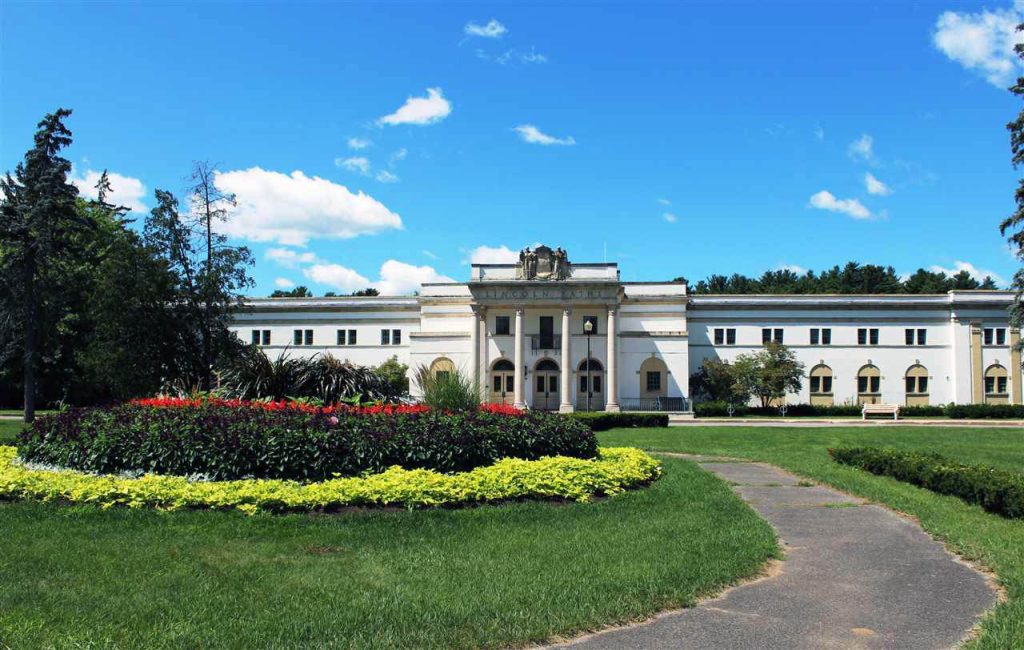 Interested in offices for rent or leasing a commercial space in Saratoga’s historic Lincoln Baths building? Here’s some info:

8,500 square feet on the second floor in wing 3 is insulated, sheet rocked and is ready to finish. Uses include administrative, business and professional offices. View listing

3,500 square feet on the second floor in wing 3. Raw space, leasing as is. Uses include administrative, business and professional offices. View listing Our Architecture and History of Saratoga blog series will continue next month on February 21, 2017, stay tuned!