Frontal exterior photo of the Roohan building at 519 Broadway in Saratoga Springs, NY 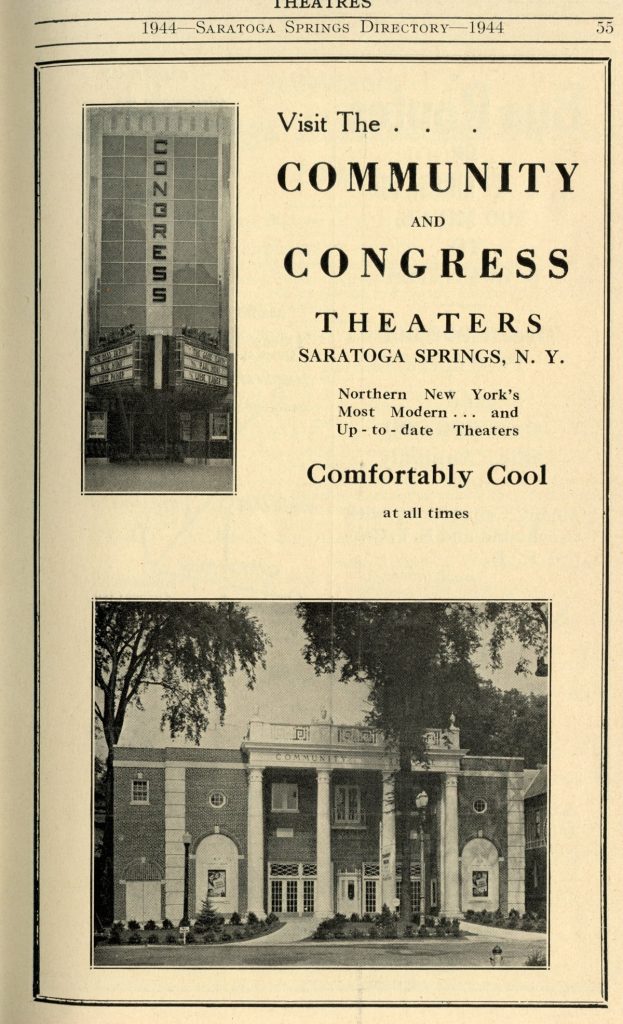 The key location on Broadway, across from the City Center, and one block from Town Hall and the Post Office, provided a central location that was (and still is) easily accessible to foot traffic. 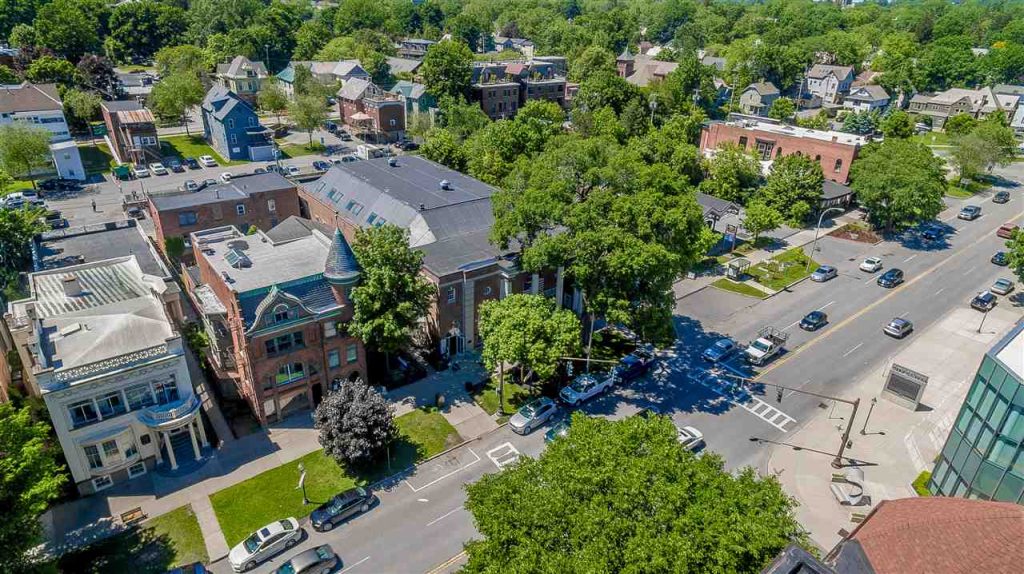 The Roohan Building is close to many important locations on Broadway, the main street of Saratoga Springs city

The grand facade, with very substantial columns, was built in 1937. It is an example of the Colonial Revival Style, which incorporated elements of earlier American styles; Georgian, Federal and Greek Revival. 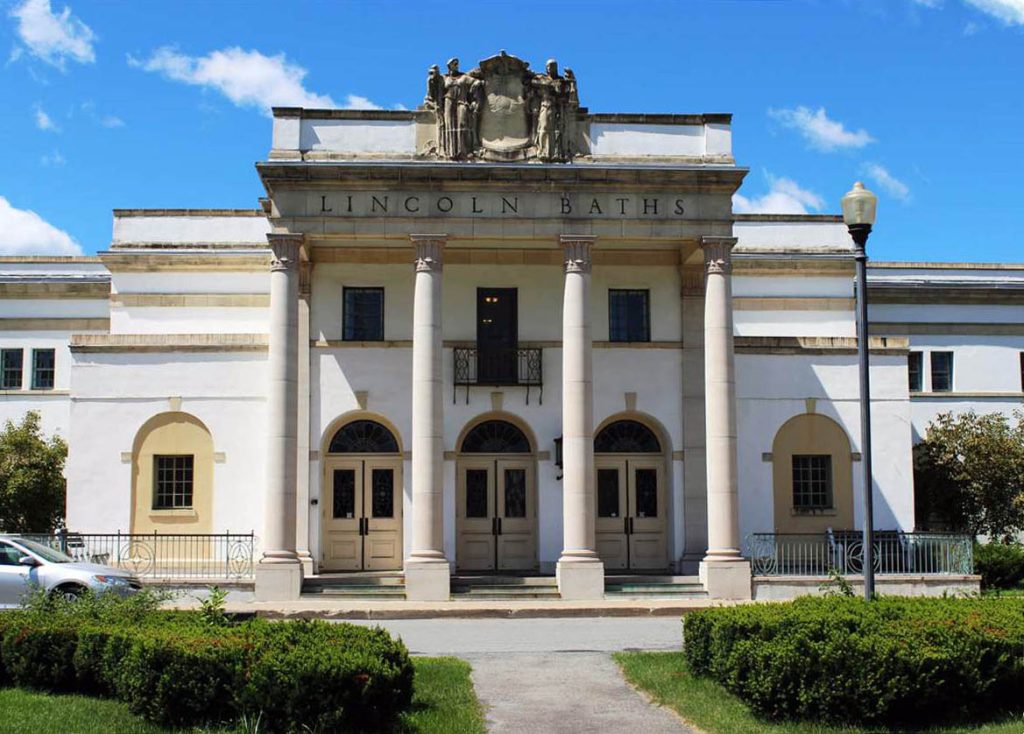 The Lincoln Baths in Spa State Park shares many architectural similarities with the Roohan Building, including columns and window curvatures

The style was most popular in the 1930s, and you can see many examples of it at Spa State Park. Colonial Revival Style was an imitation of the Federal style, based on the work of Robert Adams. The federal style is considered the epitome of American styles, an ode to the American forefathers, with stylistics features that refer back to the early American Republic. 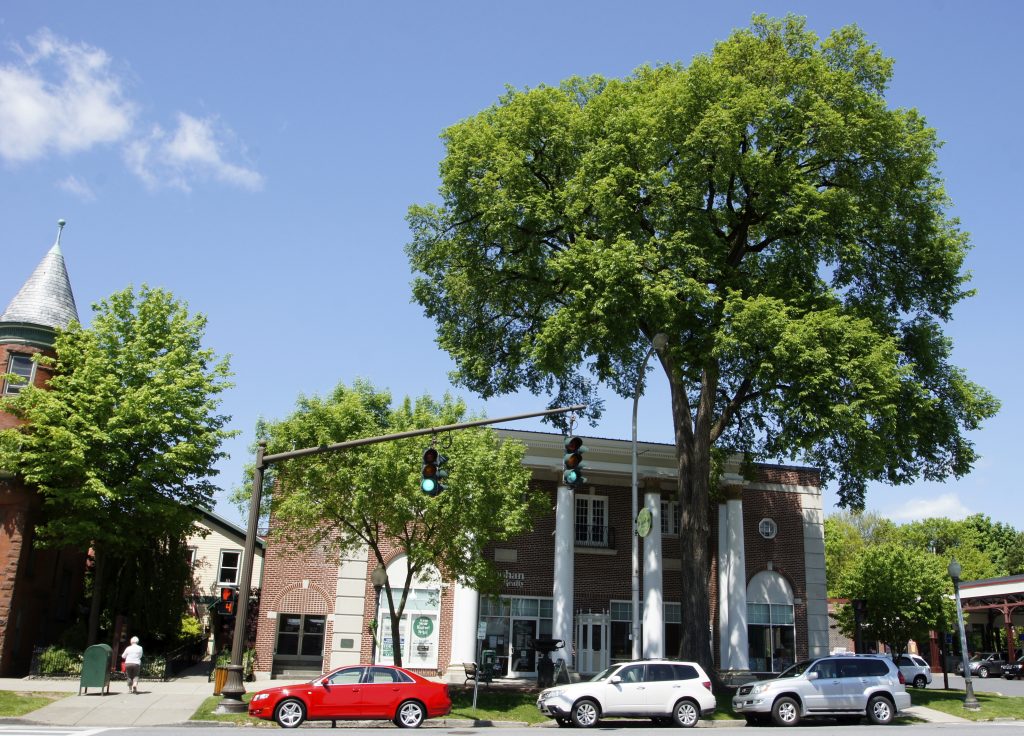 The key architectural element, according to Kettlewell, is the large colonnaded-porch in front of brick building, which creates an imposing effect. The large windows are Federal in style and surround the original box-office of the theater.

Poster for the movie Saratoga, once played at the Community Theater in Saratoga Springs

“As well as being a fan of American Architecture, I was a fan of the Beatles,” notes Kettlewell. “I remember sitting through the movie “Help!” at the Community Theater numerous times.”

Today, 519 Broadway serves as an office building to a diverse number of businesses, including Roohan Realty, a beauty salon, a yoga establishment, and a financial group. Presently there is one office space available for rent, with easy access via the convenient lane directly behind the building, which also provides valuable downtown parking spaces. 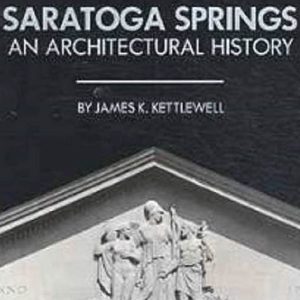 Our Architecture and History of Saratoga blog series will continue next month, stay tuned!